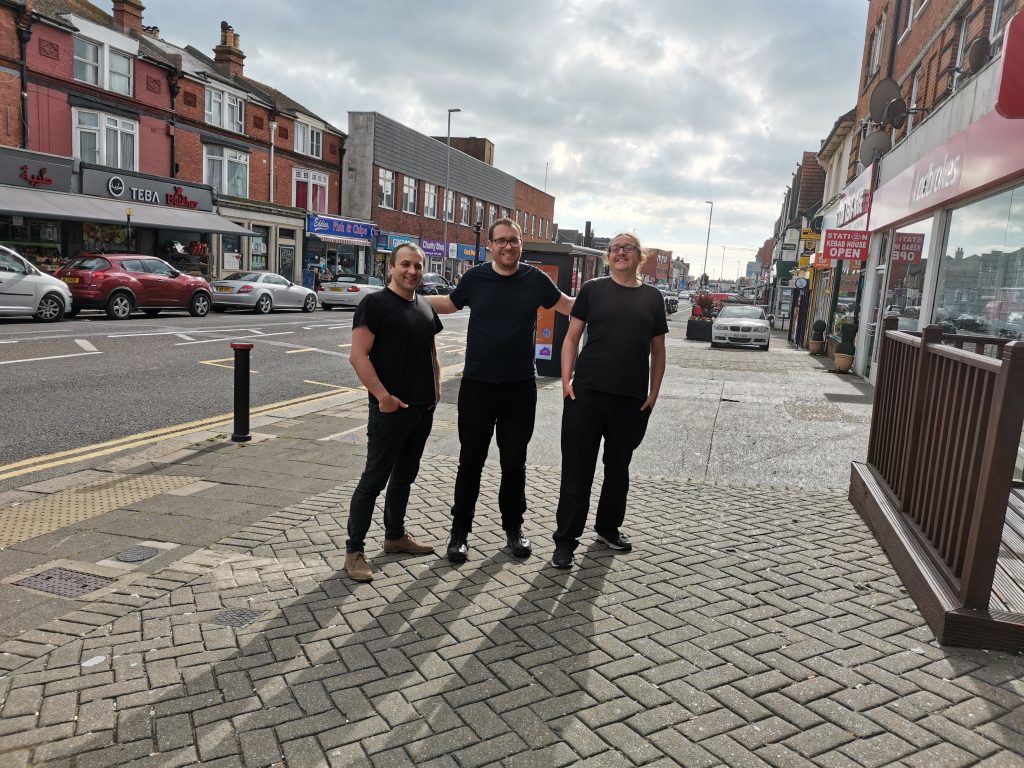 Viscula released their first single from the instrumental album IV, titled Seagulls, on December 17th in 2021, and is making the rounds in the indie rock scene.

Aside from the four musicians, no overlays were used while recording; only drums, bass, guitar, and keyboards made the blend resonate with their music style, which you can listen to through our playlist.

On the album, the band was joined by legendary Soviet bassist Alexander Titov (Kino, Aquarium), who recorded all of the bass parts, including the single ‘Seagulls’. Mastering and mixing were done by George Shilling, a renowned sound producer who has worked with bands including Blur and Primal Scream.

It was last November when Viscula, who is best known for their song “Seagulls,” filmed a music video for the song.

LOT ONE TEN – a Walthamstow antique store, was selected as the venue for the filming because it was considered by the band and director, the perfect location for this particular shooting.

Frank and Kirsten, the owners of the shop, kindly let the talented cameraman Paul Miller use their store filled with the most amazing things from the past.

The director of this video was the known Brighton musician Alex White (The Electric Soft Parade) who created a striking montage filled with psychedelic effects. And this set of locations and support resulted in a perfect formula.

“When we first started working on this music video, we knew that we wanted to do something that would draw attention to the situation in Ukraine and support the people fighting for their freedom.”

“But we didn’t want to just throw up a bunch of images and call it a day. We wanted to make something really special, something that would get people talking and thinking about what’s going on there right now—and about how we can help those who are suffering.

So now that the whole world is looking at Ukraine and the horror that is going on there, band Viscula and their friends support Ukraine and its people in their fight for their freedom. Seagulls are free birds.”

Check out the band’s previous releases and make sure you follow them to keep updated about their next projects.

Founded in 2002, Viscula is a band from Lutsk, Ukraine. They were awarded the ‘Best Indie Artist’ awards in 2013 by Chervona Ruta, an important Ukrainian festival.

There has been extensive touring throughout the world featuring the band. Their performances have taken them to 18 countries.  A lot of work is being done by the band to make it into the music business.