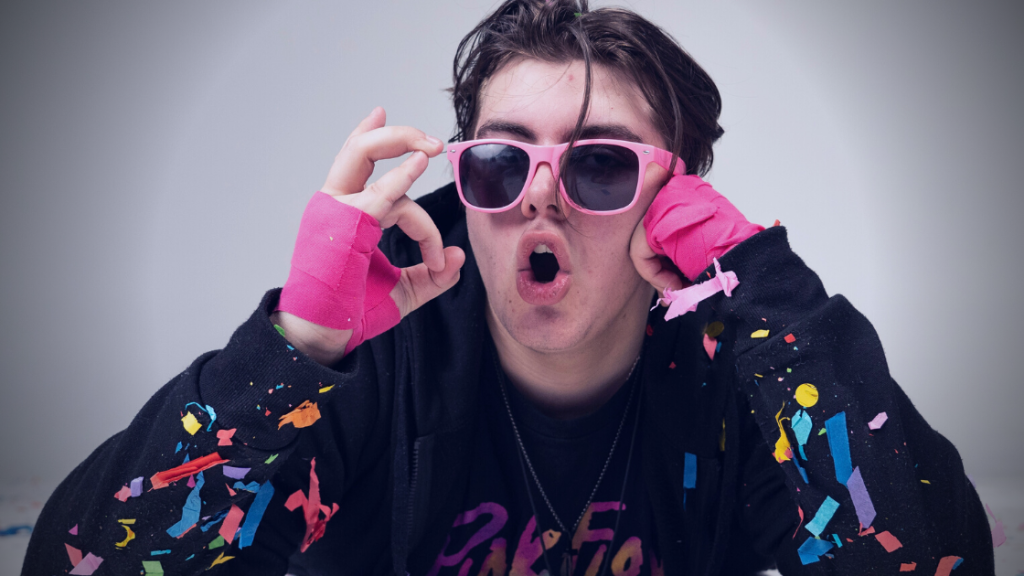 There is a very distinct cultural heritage in the United Kingdom, one that is greatly surpassing our expectations, and it is rich and varied, inclusive and expresses freedom at its best.

That’s what makes seeing an artist like Buzzkill Joy come out and make music all the more satisfying — seeing someone from a group who has traditionally been marginalized in music, now taking charge and asserting their bold presence in today’s indie scene.

I don’t know about you, but I absolutely love pop music. Let’s face it – most people do nowadays. If a song is a hit, it goes viral just like that. I see that BUZZKILL JOY music holds the potential for that.

Pop culture is totally unpredictable! Even songs you’d never heard of, end up getting huge numbers of views on YouTube or music streaming services, that warrant an official music video. The UK pop culture is full of very talented artists that are really shaping what’s going to be considered ‘popular’ musically in the future and I’m going to talk about one of those acts.

You can listen to our full playlist which contains the artist’s music, and know more about the artist’s work by scrolling down the page.

Having come from the north of England, the artist is a genre-fluid, little punk in pink who always aims to make you feel different, excite you, and energise you. He is hard work and is preparing something special.

A concept EP is on the way, which will be a combination of genres with meaningful lyrics, as well as a cross-EP storyline, so that the world can have a debut EP filled with youthful energy, rebelliousness, and maturity while still remaining grounded in focus and responsibility.

This is embodied in the artist’s latest release, ‘Birthday Cake,’ a song with catchy hooks, crossovers in genres, and flamboyant lyrical content.

So sit back and enjoy the ride because you won’t ever be able to predict what’s going to happen next on this journey.

With all the positive scenarios in the music industry for Buzzkill Joy, we can say that his new single, “Birthday Cake,” is still a bit of an anomaly when it comes to the UK pop scene.

While many of Buzzkill Joy’s peers are focusing on more commercial sounds that have been popularized by artists like Ed Sheeran, Buzzkill Joy instead focuses on the alt-rock and Britpop influences of his hometown of London, which has its own unique music culture that is often overlooked by other parts of the UK.

While some might say that this is a risky move, we think it’s actually pretty genius because it allows Buzzkill Joy to create a sound that is all his own.

While there are certainly some similarities between this track and other pop-rock songs out there—like the use of synth pads and guitar solos—the overall vibe is one that sets it apart from so many others.

This is a fun song that has a hint of melancholy at times as well as upbeat but also a hint of sadness which can appear occasionally like previous releases such as Money Money Money. In short: it’s perfect for anyone who loves indie pop rock music!

If you’re into Britpop or pop punk rock (or even just pop music) then this is definitely something worth checking out! Visit his YouTube channel, watch his music video and follow him on Spotify.