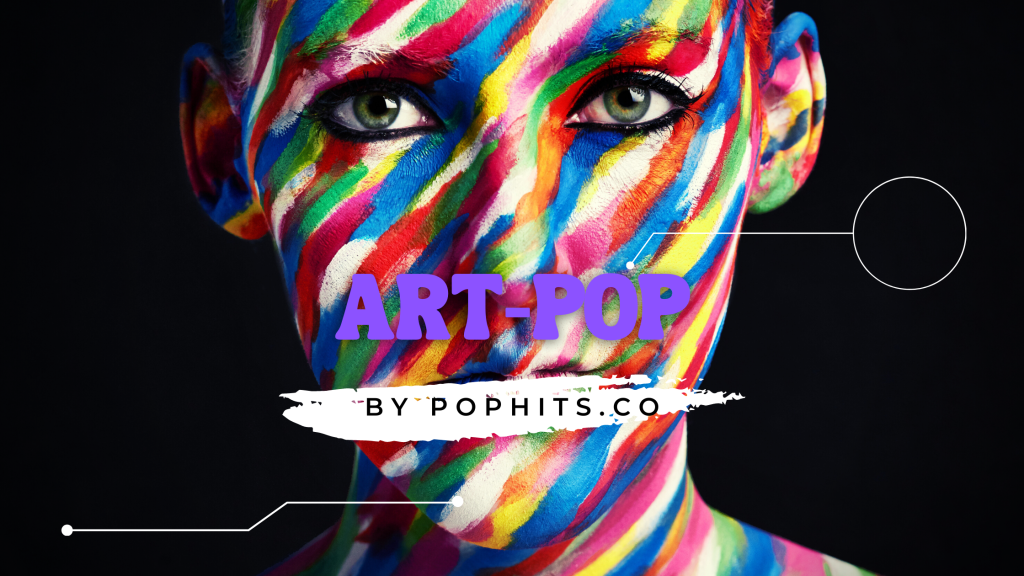 The music industry is slow. Well, not really but, it does not have the same pizzazz and allure that has been seen in times before, but with the uncertainties, fresh air of pop music is emerging.

Independent pop music is a music genre that offers a new outlook on the world of music and gives everyday people a chance to follow their dreams and create something fresh for the ears to hear.

While many mainstream pop stars have plunged deeply into the world of personal problems and controversies, independent pop acts make music for the fun of it and because it’s fulfilling.

The indie-pop scene is gaining popularity day by day, as more people are becoming aware of the exceptional talent that is put forth in these emerging bands. And while some of them may be small-time right now, they will soon take over the music charts as there is no shortage of great indie pop bands out there waiting to be discovered.

You can listen to the artists and bands below, or click the button, listen and follow our playlist.

DaeMarcus is this independent artist’s debut album, which incorporates dream pop and everything that comes with it. The upbeat “This Is It” is one of my favourite tracks on the album because it has a futuristic vibe.

The track Don’t Wait is a good example of independent production and the huge variety of talents we can find in this industry.

It’s not full of high-pitched synths and sounds like something you would hear in a film or media production or a Japanese anime.

Instead, it’s simple and relaxing with an ambient undertone—something that almost anyone can enjoy if they’re looking for something different from their regular music tastes.

Listen to the artist’s songs and follow him on Spotify.

STELLAN PERRICK is a pop singer-songwriter who has an unusual and catchy way of putting a melody that grabs your attention right away.

He achieves this by adding odd extras to his songs, such as the cinematic effects and sounds on the chorus of ‘Golden Baby’ or the operatic break in the middle of the introduction.

The singing style of Stellan Perrick is unique, and it can be classified as being poppy but full of personality.

The single, “Golden Baby,” is a mix of alternative pop and commercial pop. The song starts off with an up-tempo beat and gentle vocals from Perrick. The lyrics are fun and simple but have some hidden meaning that can’t be missed.

This artist has something to show us and I recommend you check out his other music on Spotify.

Nana M. Rose is a singer-songwriter based in Rotterdam. Her musical style can be described as pop with hints of folk and classic.

She sings with a raw and emotional tone and writes heartbreakingly beautiful songs that will make you long for something more than what you have in life.

Her single On And On And On (featuring Alison Jutta) is a classic anthem with catchy melodies, powerful lyrics and beautiful vocal performance.

“On and On and On is a very special song to me. It’s my first official collaboration with another artist, Alison Jutta, who happens to be one of my best friends.”

This song would work well as an opening theme song or background music for any movie or TV show – it’s simply beautiful!

Listen to the artist and follow his Spotify profile to support her art.

4) MY FRIEND THE CHIMPANZEE – I Love This Place

An exciting new single from MY FRIEND THE CHIMPANZEE. The track is called “I Love This Place”, and it’s a dreamy, nostalgic pop song.

From Austria, specifically Vienna, the band’s songs bring a very clear alt-rock influence on the guitar and bass guitar, however, they are supplemented by indie-pop synths and vocals, complemented by hip hop and trap beats that provide the foundation.

Josef Umschaid’s studio is where all tracks were recorded, and we liked the results.

It’s a brilliant example of what he can do: dreamy, ethereal, with evocative lyrics and a great hook line, a perfect soundtrack for sunny summer days.

Listen to the artist’s songs and follow them on Spotify.

Kairu is an artist that has created something special with her latest single Solo Love Affair. Her smooth vocals, combined with a hypnotic beat, create an amazing sound that is both new and nostalgic.

Although the single itself is about love, and I know it sounds melancholic, it could also be interpreted as a great success story of overcoming obstacles.

Whatever your interpretation may be, you cannot deny that this song should be enjoyed by all lovers of art-pop music; both old and new!

Art-pop is exactly this, the freedom of creation and experimentation is huge and that’s what makes this single interesting for us. Inside the pop music genre, there are many variations and this one is a peculiar one, this is art blended with pop music.

Listen to the artist’s full EP and follow her on Spotify.

Katt Rardi is a singer-songwriter from the United States, and she’s been writing cathartic pop music for some time as I can see.

The artist has created a song that is extremely powerful, lyrically and musically. It’s a pop-soul song with good influences of soft rock, which showcases her voice beautifully.

The lyrics are powerful and meaningful by themselves, but when you add in the music, it makes them even better. It could almost be compared to Amy Winehouse’s singing Will You Still Love Me Tomorrow, but with a much happier tone and not as dark feeling overall.

Do you want to hear talent? Listen to her songs and follow the artist on Spotify.

Alexander Joseph, a UK based singer, is a mellow pop-rock and alternative artist with a pleasant sound to him. His single “Firefly” was released this year and features mostly acoustic guitar.

I would describe it as easy listening for folk/mellow/pop-rock fans, with an emphasis on the melody and lyrics of the song over its electric accompaniment.

Alexander Joseph’s beautiful voice (which is not loud or overbearing) shows off soft melodies from his guitar that is perfect for relaxing or even for sleeping time or a romantic moment.

His division of voices has this effect, it’s relaxing. And of course, it’s in my personal playlist now.

I can say the artist has a soothing voice perfect for this kind of music, so listen to his songs on Spotify and follow him.

8) DARREN MASON – You Reap What You Sow

I’ve just come across this new artist called DARREN MASON, and I enjoyed the concept of his track ‘You Reap What You Sow’, which is a mix of some music styles too.

Focusing on the concept, it’s the mixing of styles that makes it interesting. You can hear Rock and Electronic effects, in a song that can be considered art-pop.

The song has some very mysterious tones, mixed with catchy keyboard chords, melodic beats and diverse instruments coming together to create a funny soundscape that takes you on a journey through different emotions. Some like it, some don’t, and it doesn’t matter, because producing music independently is a real artistic expression.

I believe that art is art, and music is not different, we have the freedom to express ourselves, and Darren Mason does this through his music. The vocals are also very atmospheric, reminding me of someone like Bon Iver, his songs are able to make us use our imagination, I like this type of songs

Now, please listen to this artist’s songs and follow him on Spotify.

Good pop music still exists. And it’s in this track by ALTA FALLS, which is also the best of the tracks we found on Spotify. It’s indie-pop in style and follows the common verse-chorus-verse pattern of pop songs.

It also has a melody that sounds like something from the early 2000s and some minute synths in the background. The vocals are somewhat unique; not too many people sound like this singer does.

The lyrics are interesting and well done overall, though some of them don’t flow very well with each other. With this track, it’s easy to understand why this band was considered one of the best on this playlist and is considered a good alternative pop artist.

Trust Me is an indie-pop song that makes you feel like you are floating on a cloud. Their lyrics are positive and the music is beautiful. Their songs will make you feel happy for sure.

I Breathe by NEFΛEΛI is a take on the indie music scene, where artists spread their own messages across the world. The album itself is a combination of alternative pop, art-pop and oriental or gipsy styles of vocals.

It is recommended for those who like to hear creative and influential music being played out by someone who has something to say about the world. There are no fillers in this album. Every song stands well on its own accord.

If you keep listening and paying attention to the concept of this album, you find the cinematic features, which make it perfect for the film industry, and soundtrack category.

It’s experimental art pop, Try it out. Listen to her songs and follow her on Spotify.