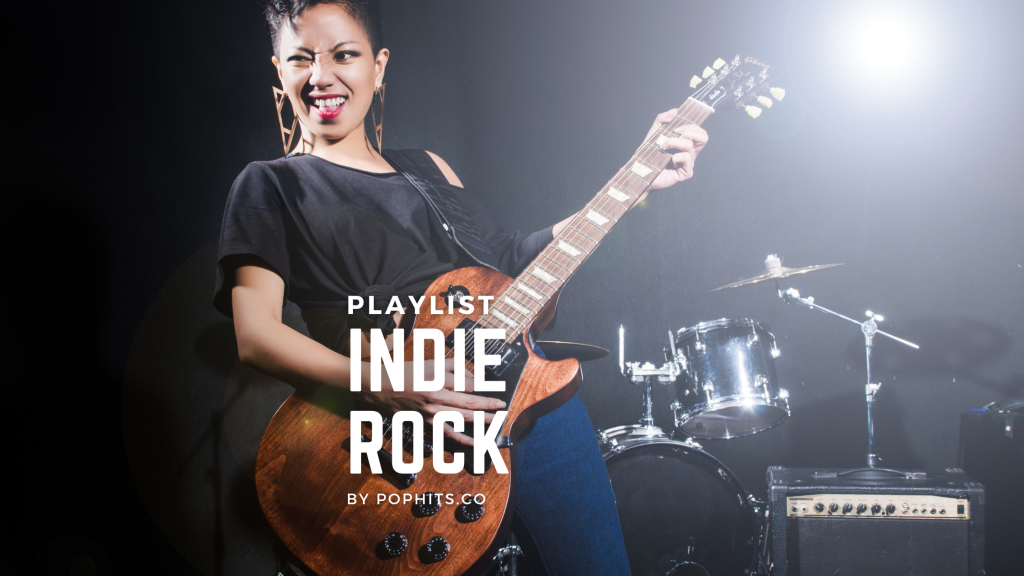 If you’re an indie rock enthusiast like a lot of other music lovers, or an avid fan of alternative, punk, pop, and retro rock music, and looking for new bands to master your playlist, you’ve come to the right place.

Since we all have different tastes in music, I am about to present to you only 10 of the best indie rock alternative bands that I just got to know.

They are, first of all, creative, and also have something unique in their sound.

Whether you like indie rock or not, when you see the list below, your curiosity is bound to get the best of it. After all, the number one request on most music blogs is to check out some new independent artists.

Here’s my spin on this topic: I’ll tell you about ten new indie rock bands that deserve your attention and then in turn ask you to give them some of yours. My word that’s a mouthful, so let’s start presenting our full playlist.

You can follow the playlist below, and check each artist individually as well.

Rocket Horse‘s single is an upbeat and energetic alt-country/indie rock song about being free and removing yourself from a bad situation.

The lead singer’s voice is clear and strong, with a hint of twang in it. The instrumentals are upbeat and lively; sure to get you up on your feet and moving around.

It seems as though this group has already developed their own style that stands out from the other indie bands out there today.

This is an upbeat song, with a cool style. I find it interesting because of the unique lyrics and melody. The vocals are well performed and the musicians are excellent.

2) ARN-IDENTIFIED FLYING OBJECTS AND ALIEN FRIENDS – By Your Bed

With Brit-Pop, Power Pop and Rock as its backbone ARN-IDENTIFIED FLYING OBJECTS AND ALIEN FRIENDS are a band in its own right.

Seems like the guys are influenced by Folk bands such as Simon And Garfunkel and Young Neil Young, but what sets them aside from other folk-pop bands is that they combine different music styles.

They mix folk and even rock with their very own sound, which makes them a bit different in today’s music business, you can find some nuances of a soft sound reminiscent of a 60s pop that blends with current sounds.

I recommend you to listen to their songs and follow them on Spotify.

This album is a delight. It’s been described by the band as “folk-rock”, but I think that’s an understatement: it sounds like a mix of Nick Drake, early Radiohead and Arcade Fire. A good sound that made my ears happy.

The songs are not slow and are also thoughtful, with poignant lyrics, but played with such beautiful melodies that even the saddest song here is uplifting to hear (a trick which only the best songwriters can pull off).

If you’re a fan of alternative rock and indie music, it’s worth checking out this album. Featuring dark and moody songs which are sure to give you goosebumps, Age Of Strangers is a must-listen for all music lovers.

This single from Frank Bramble is an infectious blast of melodic indie pop/rock, with a dream-pop tinged guitar and a shoegaze vibe that really takes the listener to another place.

The vocals are heavenly, summery and have a friendly quality to them, which draws you into this song whether you know it or not. Some might even say it has the feel of late 80s/early 90s alternative rock bands like The Sundays or Belly.

I’ve been listening to indie rock music for the past few years and I can say that it’s one of my favourite genres. But this single is different, something new, and this is what I was looking for.

The artist uses his guitar to create a feeling of space and relaxation in me when I listen to this song. Although it is not fast-paced it’s still a powerful song with good melodies and arrangements. This is an independent artist so I hope he gets on tour quickly.

If you’re an alt-rock/pop lover or have a soft spot for nice singer-songwriters, then you should definitely give PRTLND a spin.

The Dublin-based musician has been turning heads over the last year with his unique blend of indie folk-pop, and just released Burned Out.

The single is an incendiary song that swirls with dramatic guitar riffs, soaring synths and expressive vocals. Filled with passion and emotion, it has a unique addictive quality that will keep you coming back for more.

I recommend not only listening to his song but also adding his songs to your personal playlist. Also, follow the artist on Spotify.

6) MOUNTAINS OF JURA – Mountains Of Jura

Their music is mostly pop-rock, sometimes indie rock with vocals that are amazing.

This rock band has it all: haunting lyrics, great instrumentals and a rhythm that makes you want to sing along. I like this type of music because it gives an artist free use of creativity by not being restricted or censored by the big record companies. The hard part right now is finding new bands like this.

Please listen to their full album, and follow them on Spotify.

From the first listen to the album, it is clear that Nick Slade has produced a truly unique sound. His music has plenty of indie and pop elements, but also some retro rock vibes too, which is definitely something I love in my music.

My favourite track is Give Love, which really showcases the difference between this artist and others. The album is just so dreamy and mellow, which makes it easy to listen to again!

A good and fun album with lots of great guitar hooks and interesting sounds, it is hard to stop listening Give Love in my opinion, and this is a good sign.

The moods are varied and interesting, from country-influenced tunes to pop-psych rockers. Somewhat lo-fi, but very enjoyable!

Follow the artist on Spotify to support his art.

8) MAHTO & THE LOOSE BALLOONS – The Buzzard

The Buzzard is the latest album from Mahto & The Loose Balloons, a band that first came to my attention via their excellent talent for using unusual instruments in their recordings.

This indie-rock style album, released this year features 7 tracks with the most prominent being Avoiding a Fever which is a quirky and fun track that shows off Mahto’s musical talents (particularly his vocal range) as well as effective use of unique instruments such as a tambourine and saxophone.

Some parts reminded me of the Smashing Pumpkins, but they are still unique in their sound, I recommend giving them some attention. Please, listen to their album and follow the band on Spotify.

Drew Hunter makes music you’ve heard before, it’s dream pop. But don’t worry, it’s ok: I assure you that it is quite good. His single “Broke No More” has all the makings of a hit pop song.

It has a catchy beat, yet subtly dark synths and vocals entrancing the listener with a sense of melancholia. From its first note, the song sets up an expectation to it constantly manages to exceed. And by exceeding my standards does not mean simply meeting them, but exceeding them by far: The longer you listen to this song, the more enjoyable it gets every time!

Drew Hunter breaks the modern independent pop music with his fresh sound. He really surprised with a sound that is more electronic than your average indie-rock artist but at the same time totally addictive. This is one of those songs you can’t get out of your head.

Follow the artist on Spotify and support his art. One of the things I really like about this one is simply how talented he is.

This band is a clear talent, with a bright future ahead of them. The single Millenium has lots of emotional weight and an uplifting message that will make it resonate with many listeners.

THE TRUSTED are that kind of band whose work will be at the forefront of a movement within independent pop music. The lead singer’s voice is powerful and he knows how to use it well. This song will become a classic one day.

I truly recommend you to listen to their previous releases, but let’s pay attention to the single Millennium. It has a huge indie-pop anthem vibe, that’s saucy but catchy. It’s a banger!

The music has a big stadium rock sound but with an edgier and vulnerable feel to it. The vocals are husky and strong and compliment the beat of the track really well.

Now show them your love, and follow the boys on Spotify.