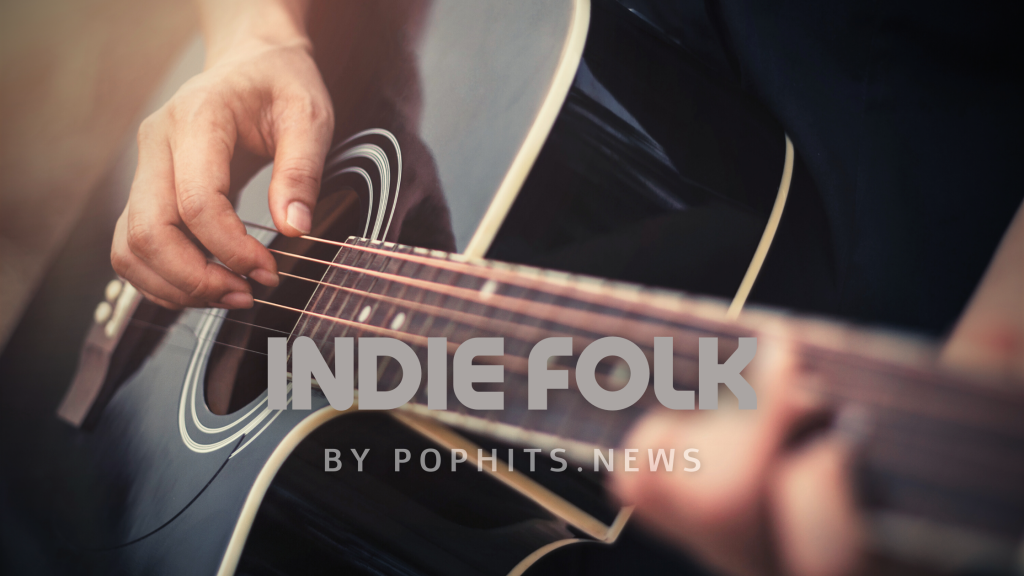 Indie folk music is a genre that has seen a lot of growth over the years. It started out as a niche genre, but it has gradually gotten more mainstream attention.

There are many indie folk artists from all over the world who are making waves in the independent music scene, and they’re definitely worth checking out!

Indie folk music is a genre that’s growing in popularity, and we’re here to tell you why. We’ve put together a list of indie folk artists from around the world that you need to hear—from the United Kingdom to the US, and everywhere in between.

These musicians have carved out a unique niche in their own corners of the world, and we can’t wait to see what they do next.

We are sure that if you’re looking for some fresh folk music to add to your playlist this summer, you’ve come to the right place.

Did you notice that music that is classified as indie folk has become increasingly popular in recent years? It’s now among the most thrilling. Moreover, it’s the most diverse, with musicians from different countries coming together in this community to perform their own unique styles.

You can listen to our full playlist which contains the artists’ music selection, and know more about the artists by scrolling down the page.

Kevin Beales is an indie folk artist you need to hear. His new single, “Coming Home,” is a beautiful blend of country folk and soft rock that creates a classic sound and a very easy listening vibe.

It’s a love song and features beautiful male vocals that will have you wanting to listen to it over and over again. Kevin’s music is also a mixture of rhythm and blues with a rock blues style complimenting his vocals in a very good way.

About the lyrics, we loved it! The verses are sung by the artist in his clear, warm voice while the chorus is full of emotion and soul. This artist has been compared by the producers of PopHits.Co to artists like James Taylor and Joni Mitchell (who are both legends in their own right).

The instrumentation is very soft and gentle: acoustic guitar, bass and soft drums help bring out all of the rich emotion in Kevin’s voice. If you love country and classic rock music but want something new, check out “Coming Home” by Kevin Beadles, and follow the artist on Spotify.

2) STEPHEN CAULFIELD – The Night Came For You

If you’re looking for some new indie folk rock to add to your playlist, look no further than Stephen Caulfield‘s new EP, The Night Came For You. It’s a selection of different versions of the same song, we recommend checking them all.

The Night Came For You is an EP of soft rock and dream pop that evokes the feeling of being in a dreamy meadow on a warm summer day. The music is ambient and cinematic—it feels like you’re listening to it in a movie scene where someone is walking through a field at dusk, or when you’re sitting by the ocean watching the sunset over the water.

Stephen Caulfield’s voice is soft and soothing, but also firm and confident. His tone is dreamy without being overly sleepy—in fact, it’s almost energizing! This EP would make for excellent background music while writing or reading; it’s perfect for setting the mood before going out on a date, and it would also be great for winding down after a long day at work or school.

This album has been released independently by Stephen Caulfield himself—you can check it out and follow the artist on Spotify.

Jim Jagger is a UK-based indie folk singer-songwriter. His single “Memories of Spring” is a soft rock acoustic song that will have you swaying in no time. It’s about auto-confidence and relationships.

It’s easy listening to classic sounds that are influenced by a time when the UK was filled with singers like Cat Stevens, John Lennon and Paul McCartney.

The song features acoustic guitar and soft vocals, with a traditional style that is reminiscent of British folk bands like Mumford & Sons and Coldplay.

This song is perfect for those who love acoustic music and soft rock style. If you’re looking for something new to listen to, Jim Jagger has just what you need! Check out his single “Memories of Spring” and follow the artist on Spotify!

If you’re looking for some new indie folk to listen to, check out the brand-new single from Louis Cross. The track is called Picture Frame, and it’s the perfect song to kick off your weekend.

The song is a melodic pop rock tune with classic folk sounds and soft rock influences. Louis’ vocals are soothing and easy on the ears. He sings about life and this is an original song about Alzheimer’s disease from the perspective of the person who is dealing with it as well as how it affects the family and friends around them.

This story tells the story of the main character taking a look back at their younger days, before he suffered from Alzheimer’s, through the eyes of a cherished picture of theirs.

There is nothing better than listening to a track like Picture Frame when you are at home alone or sitting in your car in the middle of a reflexive moment. Be sure to follow him on Spotify so you don’t miss any news about upcoming releases!

If you’re looking for some new music to fall in love with, you have to check out this new song from MARK ROSAL. The artist is based in Canada, Lake Country, and produces folk-pop songs that are perfect for those who are looking for something relaxing, mellow and easy on the ears.

We can see that MARK ROSAL draws inspiration from artists like Bob Dylan, Neil Young and Jack Johnson—so if you like those artists too, then you’ll probably love his work too!

The new single “Song for Ellen” is just what you need to relax after a long day at work or school. It’s full of soft rock guitars and male vocals that will make you feel nostalgic about simpler times.

The lyrics are also very relatable, especially if you’ve ever been through life insecurities or want to connect with someone close to you. So if you’re into folk pop or easy-listening music, check out his latest single Song for Ellen and follow the artist on Spotify!

6) LUKE FRASER – Things Can Only Get Better

Luke Fraser is an indie folk artist based in London, England. He’s just released a new single called “Things Can Only Get Better.”

The song is an acoustic-driven anthem that immediately draws you in with its soft delivery and heartfelt lyrics. I love the way he sings about love, loss, and hope—it’s definitely something we could all use more of these days. Think of the 70s music style, Lord Huron, Neil Young, so it’s better.

I’m not sure if it’s just me, but this song makes me want to grab a bottle of wine and curl up on the couch with my significant other and watch old movies together. It’s nostalgic without being too sad or sappy; it’s hopeful for a better future without being overly optimistic about how things will turn out. It’s just right.

If you like what you hear (and how could you not?), be sure to check out Luke on Spotify and follow him too!

This week, we’ve got a new release from singer-songwriter SAID SARA. If you’re looking for some new indie-folk with a harmonica sound to add to your playlist, this is the artist for you.

Things Sea is a great example of how SAID SARA’s music blends folk-rock with Americana and acoustic guitars. This track sound is reminiscent of classic folk artists like Bob Dylan or Paul Simon, but with a contemporary twist.

He has a voice with some depth that lends itself perfectly to his acoustic guitar playing style. The harmonica sound in this song adds another layer of depth that helps elevate the performance even more.

If you like what you hear here, we recommend checking out more of SAID SARA’s work and following the artist on Spotify.

8) CHUCKY TRADING CO – What I Want

Chucky Trading Co. is a singer-songwriter based in the United States, Manhattan. He has released his new single “What I Want” on Spotify.

The song has a folk-rock vibe with hints of Americana and country influences. The lyrics are reminiscent of the classic soft rock songs of the ’60s and ’70s, with catchy melodies and easy-to-sing-along chorus lines. The instrumentation consists of a perfect blend of acoustic guitar, bass guitar and catchy drums.

“What I Want” is a perfect example of what makes this band so special. It’s an easy-listening track that will instantly make you feel nostalgic—it’s perfect for those long drives home after a long day at work or school.

The track perfectly captures the sound of an artist who’s been part of the music scene for some time but sounds fresh enough to capture new fans’ attention. So check it out and follow the artist on Spotify.

If you’re looking for some new indie funny-political-ironic folk music to listen to, look no further than ARN-IDENTIFIED FLYING OBJECTS AND ALIEN FRIENDS. This Swedish band has released a new single called Strange Times Boogie that will definitely make your day.

The song is the perfect blend of alt-country, folk, classic singer-songwriter, and soft rock, with great male vocals. It’s easy listening and also classic in its sound—you’ll feel like you’ve been transported back in time to an era where folk songs were written by people with real talent.

And while it may not be the most original song out there, it’s got a style all its own—so if you’re feeling nostalgic for a simpler time when artists could just sing their hearts out with clean production and still make it onto the charts… well then this song is for you!

Check it out and follow ARN-IDENTIFIED FLYING OBJECTS AND ALIEN FRIENDS on Spotify now!

If you’re looking for something new to listen to, look no further than Mark Winters and his new album Boundary Layer.

Mark is a singer-songwriter based in Sugar Land, Texas, and he released his album some months ago. The album has a classic folk-rock sound that reminds me of artists like Neil Young.

The album features tracks like “Boundary Layer” and “Heartbeat,” which both have an Americana feel to them, while other tracks such as “Positive People” have more of an old-school or classic rock sound.

Mark Winters has a deep voice and an easy way with words that makes his music instantly relatable—you’ll be singing along before you know it. His songwriting is focused on everyday life, but it’s never boring or predictable. He manages to wring every ounce of emotion out of each track while still sounding upbeat and fun.

If you’re looking for an album with a unique sound that will give you an escape from everyday life then check out Mark Winters’ new album and follow him on Spotify!