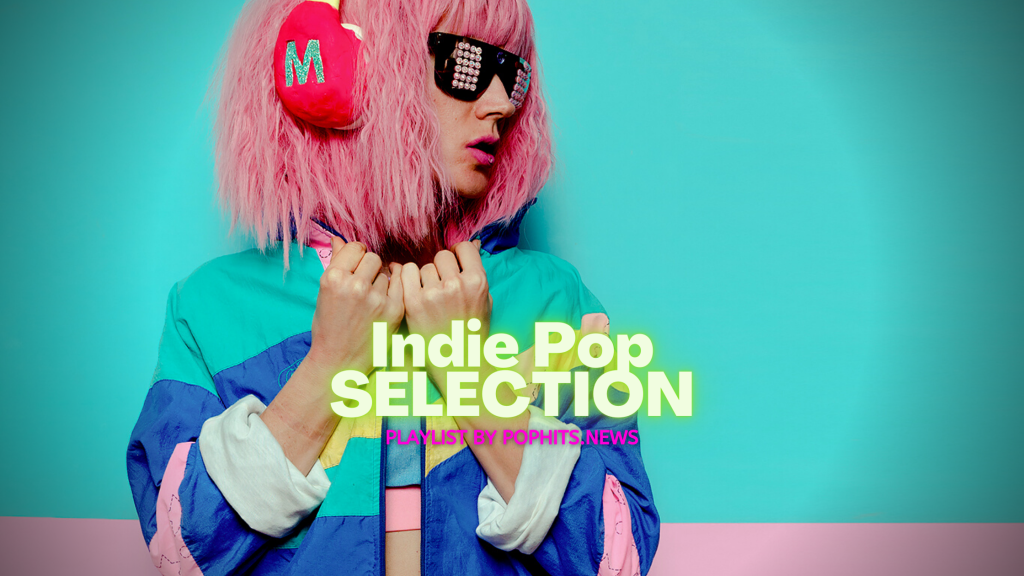 If you love indie music then there is nothing more exciting than finding new independent artists to listen to. Between the endless amount of new acts out there, and the old but forgotten artists who are making a come back, finding something new to listen to can be like hitting the jackpot.

The following are ten independent pop and alternative artists that you need to have in your music playlist. If within the past year, you’ve been on the prowl for good indie pop music, then I think it’s time that we share some of these amazing bands and artists we’ve found. So let’s dig right in.

The producers of PopHits.Co picked these songs based on their taste, so you might like some and not others, but you may be surprised by some of these artists. I am giving you a review of some great indie pop artists currently gracing Spotify’s streaming service, so prepare your Spotify playlist.

You can listen to our full playlist below and copy some songs, or know more about each artist individually by scrolling down the page.

Indie pop artist Stefan Dando is a singer-songwriter and melodic pop-rock artist based in the United Kingdom. He has released his first single on Spotify last month, ‘Love Doesn’t Need Me’, so let’s check it out.

In my opinion, his new single is one of the best songs on our playlist, as it features a catchy beat with soft rock overtones. The lyrics are romantic and enjoyable, with a heartfelt message about love being more than physical attraction, it’s pure emotion.

This song is easy listening at its finest: it’s ideal for relaxing after a long day at work, your commute home from work, or a romantic moment! If you like indie-pop music that isn’t too heavy on the guitars, or if you just want something to listen to while you’re doing chores around the house, this song is perfect for you, follow the artist on Spotify!

While we’re all busy listening to the latest hits from pop superstars like Ariana Grande and Taylor Swift, we sometimes forget about the amazing indie artists who are just as talented but don’t get nearly as much attention.

And one of those artists is Matthew Joseph, a UK-based singer who recently released his new single “My Mistakes.” Pay attention to this guy, he has a perfect formula for the current pop world, the androgen style makes part of the job.

This song is a perfect example of why you should be paying attention to indie pop music: it’s a catchy mix of electronic, pop, synth effects and a commercial-style that will have you dancing in your seat.

My Mistakes could be in a very famous series on Netflix, it’s a perfect soundtrack, also it has all the elements of an anthem—catchy melodies and lyrics that tell a story—but it’s not overproduced; it feels real and authentic.

If you’re looking for some new music to listen to this month (or even next week), check out Matthew Joseph’s “My Mistakes” on Spotify, and follow the artist.

Jordan Bakewell‘s new single, Freaky, is a perfect example of why you need to be checking out his music on Spotify.

Bakewell is an indie-pop artist based in Leicester, UK. He’s been working hard over the past two years releasing songs on Spotify to get to where he is now—and we think it shows in his latest release and music video.

Freaky has a catchy melody and an upbeat tempo that will have you dancing around as soon as you press play. It could be on the radio, for sure!

The song also features some great melodic hip-hop style coming from Bakewell himself, which adds a lot of depth to the track and makes it stand out from other similar ones.

If you’re looking for something new to listen to this month, check out Freaky by Jordan Bakewell and follow the artist on Spotify!

The indie-pop band THE PINK CROWS has released a new album called Rare Birds. The album has a dark-pop feel, with an emphasis on dream pop and retro soul.

The singer is based in France, Paris, and has been described by producers at MW3.biz as the comeback of the 70s and 80s, or retro-pop, which is super in right now, around the indie music industry. They just loved it, pay attention to “You Can’t Bring Me Down”, that’s what they are talking about.

The Pink Crows are known for having a unique voice that blends well with synths and the instrumentals of each song. Their music ranges from dreamy pop to disco to funk and more, and this mix of genres makes it special.

If you’re looking for some new indie-pop music to listen to this month, check out Rare Birds by The Pink Crows on Spotify! You can also follow the band on Spotify.

If you’re looking for a new and different indie-pop artist or band to listen to on Spotify, you’ve come to the right place.

From Australia, a Melbourne-based duo has released an album of dreamy pop songs that are equal parts retro and modern, with guitar riffs that will have you singing along in no time. It’s an amazing rocky song that we are sure the teen audience will love it.

The band has been described as “dreamy” and “melodic,” but we think these songs are more like anthems for your heart. This single is perfect for those who love pop music that is both nostalgic and fresh. Check it out and follow the girls on Spotify.

If you’re looking for new music to listen to on Spotify, we’ve got the indie-pop artist for you! Check it out yourself, we won’t say too much about it here, just let the music speak for itself. Seriously, this is an amazing song that should be on the radio and could be a huge hit.

Alex Beck is from Los Angeles and she’s been making waves in the indie-pop scene since 2020. Her latest single, Tunnel Vision, has all the elements of a great dream-pop song: it’s ethereal and emotional, with an electronic twist that gives it a futuristic edge.

The lyrics are thoughtful, and we are sure they will take you back to your childhood memories (whether or not they were good).

If you want more from Alex Beck, check out her entire discography on Spotify and follow the artist!

When you’re looking for some new music to listen to, it can be hard to know where to start. But we’re here to help! Each month, we’re going to share some of our favourite indie-pop artists on Spotify that you need to add to your playlists ASAP. Today, we’re featuring JZZY and her single Bare Minimum.

JZZY is based in Los Angeles and has been making music and releasing it on Spotify since 2020. She’s a vocalist who sings in a pop R&B style with a super catchy dance beat.

Her voice is full of emotion that really shines through in this song—it’s sure to get stuck in your head! We love the classic sound of JZZY’s vocals combined with this dance beat—it reminds us of an anthem! And if you like this song as much as we do, don’t forget to check out more from JZZY by following her on Spotify.

If you’re looking for an outstanding indie-pop artist to add to your Spotify playlist, look no further than Sofia Dragt. She’s based in Utrecht, the Netherlands and her album ISA was released weeks ago.

Her music has been described as alternative pop, electronic, cinematic and perfect for the film industry and soundtracked style.

The album is full of upbeat tracks that are perfect for when you need a pick-me-up. The singer’s voice is incredibly soothing and she sings about love and relationships in a way that’s relatable but not overly sentimental or cliche.

There are also some slower songs on this record that have a dreamy quality to them, which makes it easy to drift off into another world while listening. If you find yourself needing something mellow after listening to this album then check out Up Until Five… Wow!

Sofia Dragt has been compared to artists like Grimes and Lana Del Rey because of her ethereal vocals and dreamy production style, so if you’re looking for something new to listen to then this artist might be right up your alley!

If you’re a fan of indie pop but more commercial music style, and looking for some quality new artists to follow on Spotify, ALLEGRA will make you surprised. The London-based singer has just released a new single called “He Ain’t You,” and it’s the perfect anthem for summer weekends.

The song is super catchy, with an electronic dance beat and an alternative pop sound that will get your feet moving. It’s full of emotion—you can hear Allegra’s voice cracking as she sings about missing someone who isn’t there anymore.

She sounds like singing in person, close to your ears. In the car, she can make you sing along as you go down the highway together. Until you hear that melody in your head, you don’t realize how involved her music is.

It’s magic! She has songs with a high number of plays, Used To Miss You (Remix) is above a million on Spotify.

If you haven’t checked out this artist yet, make sure to check it out and follow her on Spotify!

Lisa Curran is a singer-songwriter based in Tralee, Ireland. She has released her new single Milkshake Sky on Spotify, and it’s a dreamy, easy-listening track that will transport you to your own private universe.

We love her voice, which is soft and delicate but also has a bit of bite (in a good way). We also love the instrumentation—which isn’t too much, doesn’t make your ears tired—and the lyrics, which are sweet but not too saccharine. It’s just right.

This song is perfect for chilling out after a long day at work or school, or for putting on when you’re about to go to bed and need something romantic, or some good music that’ll help you fall asleep, in peace.

Lisa Curran is an indie-pop artist worth checking out if you like female vocals and dream pop music! Follow the artist on Spotify as well, she is one of the best on this list.