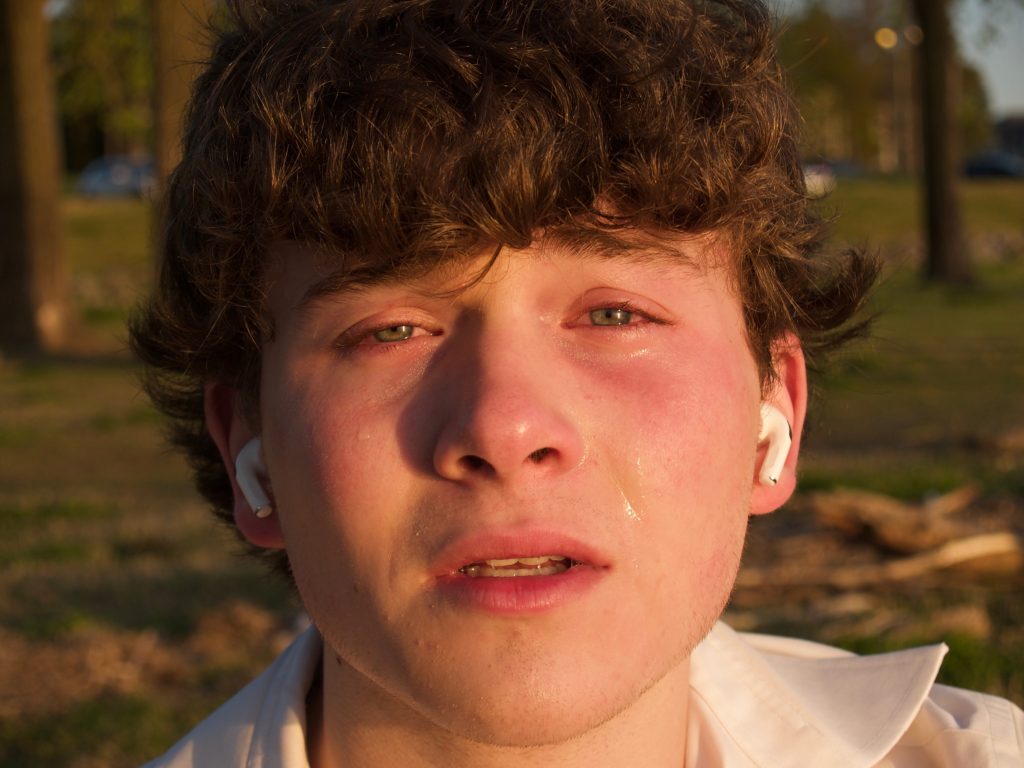 Son.Person’s presence in the Indie Pop genre has only been present for a short time, but he’s already made a significant imprint on the community with his previous releases, such as “Texaco” and the euphoric beat of “U Night”, which was uploaded to Spotify this year.

This boy quickly grew in popularity among Indie Pop enthusiasts and he totally deserves it. Son.Person is a Memphis-based artist who seamlessly blends dreamy synths, indie guitar loops and an amazing voice. At only 17 years old, he is one of the youngest indie-pop artists to be on the US indie scene today.

Singer-songwriter SON.PERSON has been making some noise not only because of his music, but because of his baby-face look too, which is being very positive, and I’m not criticizing. The 17-year-old musician from Memphis released one of his most raw and disheartening singles to date titled “Loved U More”.

Who can cope with this handsome crying boy – and he is crying for real – and avoid going straight to listen to his song just to check it out? Genius!

Nobody can avoid it… That’s why we included two of his songs in our playlist. You can listen to the full playlist or know more about the artist by scrolling down the page.

I’ve fallen into the rhythm of listening to “Loved U More” on repeat for the past week, (you can check it out and follow the artist on Spotify) reaching for that cathartic feeling of downs, whenever I get it as a positive experience or just needed a good cry. As you might have guessed, this isn’t your standard breakup single.

Touching the deep meaning of these lyrics, the breakup that’s being mourned for is not between two lovers; instead, it’s a breakup with the self.

My interpretation is that SON.PERSON is expressing a celebration of his individuality and distaste for relying on others.

The highs and lows of SON.PERSON’s vocals are a perfectly blended mesh between current sound trends and underground experimentation. His latest single builds upon the roots he’s developed throughout both his solo music career and artistic collaborations over the last past few months such as Scream! with Blu’Jay, and Come Up Story with SuperStarsWish.

I’m sure you will not regret listening to his songs, and please don’t forget to follow the artist on Spotify to show your love.