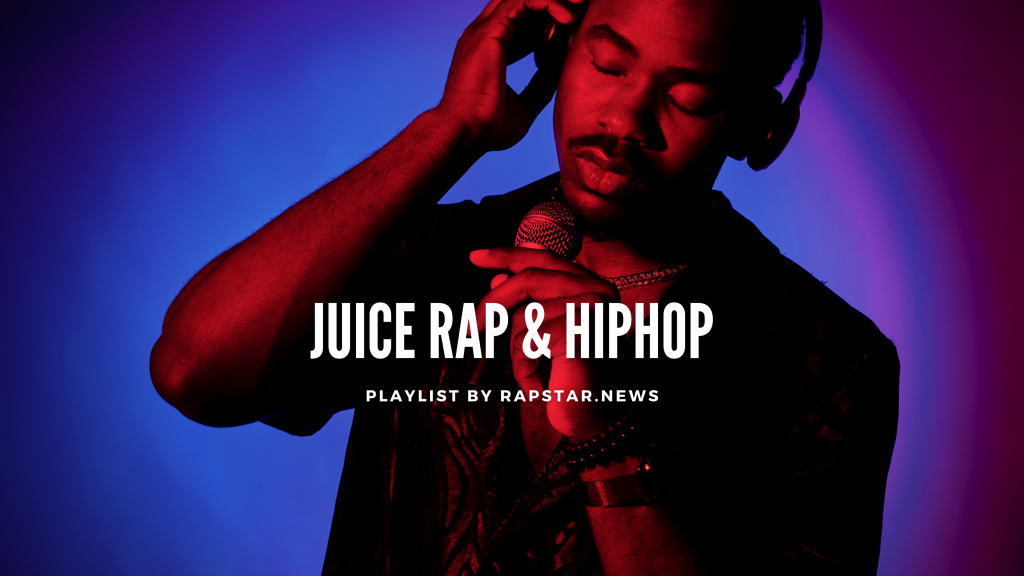 Hey fellow rap and hip-hop fanatics, I got a special treat for you today! I created this dope playlist with all the best music from my favourite artists this month, many of them are independent, which I love.

This way you can keep in touch with what’s hot and new in the hip-hop world even when you’re busy juggling a million different things.

Also, I’ve got some reviews of some of the new albums from the most promising independent recording artists that I thought would be very valuable for you to read.

We know you like Indie music. We know you like rap and songs about the hip-hop scene. Our indie music reviews are here to make sure that you get the latest info on all the best indie rap albums, as well as the freshest hip-hop news and new independent raps.

We have our finger on the pulse of the music industry so trust us when we say we’ll inform you, entertain you, and most importantly — leave you happy with our selection, our soup of favourite new albums and playlists!

Click the button below to follow our playlist, and you will also be able to listen to all the newest releases individually by scrolling down this page.

I’ve been into hip hop for a while now and this single is just as good as anything else I would buy. This artist has lots of potential with his unique style and lyrics and it’d be great to see them get more exposure than they already have because I know that this type of music will continue to grow bigger and bigger in years to come.

Today we have for you DELI BOY, who brings us another rap/hip-hop artist from the US. His style is best described as “emo rap”, also known as hip-hop mixed with more melodic sounds that indicate sadness or anger.

This music is amazing, I’ve been listening to it for over some days now, and it’s still awesome! A unique style. Lyrics that are meaningful and even sometimes funny, making it really stand out from everything else. Wonderful potential for being exposed to more people. Love to watch this genre continue to grow and open doors for new artists.

Follow the artist on Spotify and show him your support.

The latest album from Tony Loud Woodz is a big one. The “What The Hell is This” album is an incredible project that features the voice of a modern-day artist with a unique sound and vision of the world around him.

With production touches of some amazing talents presenting us with 20 songs, each track has its own artistic quality that flows perfectly together like one giant song.

This is an album of rap and hip-hop music with a distinctive danceable groove. The artist combines elements of electronic music, soul, funk and worldbeat music.

In today’s music landscape, there are many independent artists trying to make it big – but few do it as well as Tony Loud Woodz.

Check out the That Bad! track’s visualizer now. Listen to the full album below and follow the artist on Spotify.

James Gardin‘s new release titled Trophies has a very alternative and cinematic feel to it. There are elements of R&B, Pop, Hip-Hop and Trap music here in this song which makes for a very interesting track with lots of cool beats that would appeal to most listeners.

The lyrics are relatable for most people, who’ve had their struggles in life to achieve success and overcome their obstacles. You’ll hear James sing out some strong vocals on each chorus that make you want to sing along as well.

This album is a journey, it’s music to get lost in & think with. It’s a brilliant production that combines an alternative style of music with inspirational & thought-provoking lyrics.

Follow the artist on Spotify and show your love!

TANA is an artist and songwriter with charge and flair for lyrics & melody. Her tracks have been championed by Sean Kingston on Instagram, played on BBC introduction and featured in numerous publications.

The singer has made a name for herself as a solo artist and songwriter with a brilliant and distinctive sound. Her single Savage was released on Sony US & Babygrande records, having signed from her base in the UK. She has been championed by Sean Kingston on his Instagram account, played in numerous publications and featured on BBC Introducing.

TANA’s single “Supermodel” is a great example of pop/hip-hop with a modern twist. Her lyrics are meaningful and the beats fit perfectly. If you love rap/hip-hop, but also like instruments and fun music, this would be an album for you.

Follow the artist on Spotify to support her career.

The single Xo is a very emotional track, full of different hip-hop style effects that are very hard to miss, plus it has a nice beat as well. The autotune is there and it’s not a negative factor in my opinion because it’s intentional, not an attempt to try to fix the problem.

Cassiel illustrates both love and hate in his verses, with a catchy chorus that focuses on his feelings for those around him in this tale.

It is not often you hear an artist from Australia who raps with such passion when describing their surroundings; I find myself relating to some of the things Cassiel says.

My first impression was “cool”. I expected a standard rapper to tell me his life while wearing a bucket hat, but boy was I wrong. I recommend not only the track Xo but take a look at his Spotify profile.

Take a listen to the artist’s previous releases now. I am sure you will not regret it. He has emotion in his voice and you’re gonna feel it.

If you’re a fan of alternative pop and hip-hop, OBEEYAY has released his latest single, “Hard”. It’s a song that reflects the current trend of music: combining the rhythm of urban music with the melody of pop.

With its mixture of different instruments, including piano and electric guitar, this song has taken on an alternative feel. The lyrics speak of a love that can conquer all life’s trouble and I can not avoid commenting about the amazing vocals.

Essentially, this song can be a hip-hop hit on the radio, a soundtrack for a movie, a Netflix series or anything else modern. I would love to see the music video.

The fact he can sing high notes as it’s something he can do easily is also visible in all his songs, and this is one of the reasons I included not just one song, but the whole Wnnin’ EP in our playlist.

This track is an example of what OBEEYAY does best: a great fusion between contemporary pop and hip-hop genres. Follow the artist on Spotify and become a fan like me. This is a true work of art in the Chris Brown style!

See No Evil is a song about the evil and suffering that women do to men. The track speaks of everyday struggles the artist has seen, heard, and felt, for example, “She took my heart and abused it”. Yeah, we hear you, man!

IHATEJON adapted the guitar sample to make this an anthem with a unique rhythm, which has elements of alternative rock and pop combined with hip-hop beats to make an anthem that will stand out. The beginning is unusual, but once you hear the rhythm you will follow the flow.

With its fusion of so many genres, this album is truly unique and fun. It’s the chorus of the song See No Evil that’s the highlight, about whether or not his woman is evil. The rapping is also smooth and exciting.

His tracks are waiting to be heard, so don’t just listen to the artists here, but also his releases.

This is a great album. It’s full of catchy songs and sounds, with some super catchy beats. I love the way Kellan. combines auto-tune with unique melodies and catchy chorus hooks to create a sound that’s all his own. The singles Annie Adderall (feat. Webb Wavvy) is energetic and upbeat; this track will keep you motivated during workouts or anytime you’re feeling down.

I have been listening to KELLAN. for a while now and they really know how to make some great music. The single Annie Adderall (feat. Webb Wavvy) is one of my favourites on this album, with a catchy melody that you can’t help but sing along to! I highly recommend checking out this and other releases from the band’s catalogue.

This song Annie Adderall (feat. Webb Wavvy) will instantly draw your attention from start to finish even if it makes you bawl like a baby as it did for me! Now make me a favour and check out and follow the artist on Spotify.

For those who are not familiar with KEITH PHELPS and his work, he is a rapper, and songwriter and also looks like an activist by the topics he sings about. Primo Nemesis is the latest EP released by KEITH PHELPS which is expected to be another classic within the genre.

A lot of great songs on this album that will be playing in my car for a few weeks after getting this album.

Since the release of the EP with nine tracks, KEITH PHELPS has received a great deal of positive feedback from our producers, including “It is a pleasure to hear that KEITH PHELPS brings an original style to the independent music industry.”.

The track Come True is one of our favourites, and there’s a female voice sample that makes the track special. I could say it belongs in the category of retro hip-hop, but at the same time, it is current. There is something nostalgic about this classic sound that makes you crave more.

Below you can listen to this single or the whole EP, and you can follow the artist on Spotify.

This album is a breath of fresh air for anyone who appreciates hip-hop with a Lo-fi flavour. It may be weird calling this classic, but it’s just that. Between The Lust was released by KEELAH TAY this year, and she shows her skills in every other song in her portfolio.

The subject matter is also refreshing because it goes against the grain of most trap and hip-hop music today. It’s not an album, it’s Lo-fi, but the vocal quality outweighs any factors not present on this single, in my opinion.

I think that there are a lot of strong nuances between R&B and Neo-soul, and of course, it is enjoyable to listen to, as both the vocals and the instrumentals are very smooth and are of good quality.

A person who is interested in rap or hip-hop music will find this review of Keelah Tay’s single very useful. The only thing I can say is that Keelah Tay will be appreciated by people who are looking to listen to something new that is different from mainstream music.

You can now follow the artist as well as our playlist and support the independent music scene.