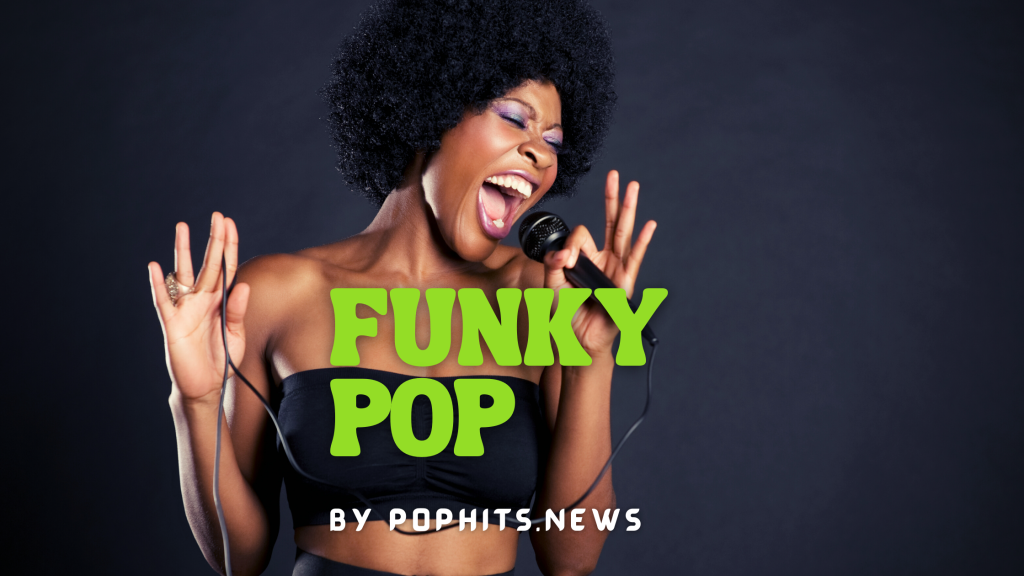 Looking for a fun, yet unique and positive alternative pop music experience?

Did you know that it’s estimated that by 2024, there will be more independent pop artists than signed to major labels? Also, Spotify has 80 Million+ songs in its database, which means there’s always something new for you to discover, and independent artists have even free access to place their songs on Spotify through platforms like PopHits.Co.

Music is an art that can be used for many things, such as relaxation or inspiration. Today, I’ll be telling you about my own personal favourite indie pop tracks for the week. Some of these songs are upbeat and energetic, while others explore textures and melodies in an effort to provide a sense of calmness.

These funky alternative pop songs will cheer you up. They all feature catchy beats and a positive, easy-going attitude that will brighten your day.

Add these artists below to your favourite playlists, then sit back and listen to the upbeat music, or follow our full playlist and enjoy this selection of alternative pop artists.

If you’re in the mood for some alternative pop music that’ll give you a moment of reflection, check out this new single from James Bene.

The song is called “Mountain” and it’s an upbeat, electronic-infused track with a cool beat and catchy chorus that’ll have you singing along in no time. The lyrics are also really relatable and make you feel like you’re right there with the artist on his journey.

He is a singer/songwriter who wishes to inspire change with his music, writing about his real-life experiences and challenges.

“Mountain is moody, haunting and gives an Evanescence vibe. It is..at its core, about overcoming childhood sexual abuse using an alternative pop canvas.”

If you want to learn more about James Bene and hear more of his music, be sure to follow him on Spotify!

The Australian artist PHILIP LA ROSA has just released a new song called Ride (Feat. Astrid Ripepi), and it is exactly what we need right now.

The track is upbeat, catchy and full of life—just like its singer! We love how he uses his voice to bring the lyrics to life.

This is the first single of a series of songs set to be released in 2022, with Ride serving as an introduction to Philip La Rosa’s further exploration of texture and narrative. In an already extensive catalogue, he has proven to push the capabilities of his songcraft.

You can listen to this track on Spotify and follow the artist.

If you’re looking for something to listen to while you’re driving down the highway, look no further than MH‘s single “Fly.”

This alternative pop song is upbeat and will have you grooving as soon as it starts playing. With female vocals, cinematic elements, and a nostalgic vibe that transports you back to simpler times, this song is perfect for long drives on hot summer days.

The artist is based in Saint Paul, Minnesota, where he explores his musical interests by writing, producing and performing electronic music. In my opinion, he has great talent. This song is not only about electronic music but about family and feelings.

“Recently my auntie passed away and I wanted to make a song to honour her. That ended up with what we know now as FLY”

If you’re looking to connect with MH follow him on Spotify and other social media platforms.

Chris Considine is a singer-songwriter based in Lenox, Massachusetts. He’s been releasing music for some time but publishing his tracks on Spotify since 2019, and his latest track “No Baggage” is a funky indie melodic pop-rock song that feels like it could be straight out of the 80s.

“This song is a carefree, persona creating single with a lot of funky elements to it. Escapism is the key theme and leaving everything behind without a second thought is the driving force. I hope you enjoy it!”

The song has a retro guitar sound and a smooth bass line that makes it feel like the perfect accompaniment to driving down the highway with your windows down.

If you’re looking for something upbeat and danceable to listen to on your commute home tonight, this one’s for you! Follow the artist on Spotify.

Diana Bidèa is a contemporary pop artist with a unique style that combines art-pop, dark-pop, r&b, and female vocals. Her single “PRP” is very edgy and has the feel of an R&B song. Diana creates music that can easily be labelled as alternative pop.

The singer is based in New York City, which makes sense because she sounds like an artist with modern influences, besides the old times taste present on this track.

Diana decided to release another single emulating that same mission with the help of Tiktok after accumulating over 380 thousand followers through her ideals and songs of women empowerment.

The song, PRP, is meant to make you feel confident when you are attracted to someone, and not wait for them to initiate contact.

If you like contemporary pop music with an edge—or just want something fun to listen to—I highly recommend checking out DIANA BIDÈA on Spotify!

If you’re looking to add some dream pop, guitar-heavy dreamy mellow vibes or chillwave to your playlist, look no further than MOONTWIN‘s With The Birds single.

This is a perfect song for those days when you want to sit back and relax, with its chilled-out vibe and dreamy vocals. It even includes spoken word parts that will leave you feeling like you’re floating on a cloud.

Before it was fashionable to work remotely, Moontwin have been creating music virtually between Cornwall and Plovdiv (Bulgaria). Zac Kuzmanov, founder of alternative radio station XRaydio, and Maple Bee (aka Melanie Garside) are the duo behind the song.

They also recently released a new work called Ambient, which is an atmospheric reflection on life and love, which is the theme of most of their songs.

If you’re interested in learning more about this artist, be sure to check out their Spotify

It’s time to meet THE GROOVALOTTOS, an independent band based in Bourne, Massachusetts.

Their single “M.I.L.E.” (Make It Look Easy) is a perfect example of their unique style: it’s a funky alternative pop song with elements of rhythm and blues, soul-rock, funk and groove rock.

With this funky ode to gigs and tours, the GroovaLottos make it look easy! Featuring alt-rock flavoured funk, this song is taken from their latest album, “MAMA’s HAMPER.”

Hit play and get ready to roll up, unpack, and listen to the full album, it’s amazing how these guys made their blues something “soul funk pop”. It’s completely infectious—you’ll find yourself singing along by the second verse! Follow the band on Spotify.

This track will make you feel like you’re cruising down the California coast in an old convertible with your best friends. It has some of the power-pop elements of The Beach Boys and The Beatles, but with a modern twist that makes it feel fresh and new for today’s audiences.

As so many of our favourite soul songs do, the song appears happy and mellow, but the lyrics convey deep pain. With Paul Mahern mixing and mastering the song, a top-notch quality was achieved.

If you love retro rock-pop music, this is definitely one to check out! Follow the artist on Spotify.

If you like pop music that’s funky, bluesy, and groovy, then you’ll love the new single from SHYLI MADHALA. The Israeli-based singer-songwriter is back with an independent release of a song called Rainbows & Sunshine.

This song is a great example of what makes SHYLI MADHALA such a special artist: she combines elements of pop, rock, groove, and even a little bit of retro guitar for a sound that is both fresh and nostalgic at the same time.

Her voice has been compared to some of the most famous female singers in pop music history, but she still manages to make it feel unique and fresh with every new release.

If you’re looking for something fun and different—but also classic—then this song is definitely worth a listen. Follow the artist on Spotify.

If you like alternative pop music, you’ll love the new EP from Salisbury-based artist Ned Holland.

Among the songs that have already been played on multiple radio stations are the tracks that makeup Ned Hollands’ first EP.

The EP, called Slow Down, is a perfect mix of acoustic indie folk and Britpop. It’s got smooth, melodic vocals over soft rock arrangements and a touch of pop for good measure—all with a distinctly British twist.

My favourite track has the same name as the album, check it out! Ned is definitely an artist to watch out for in the future, so be sure to listen to his music on Spotify and follow the artist, he certainly deserves it!