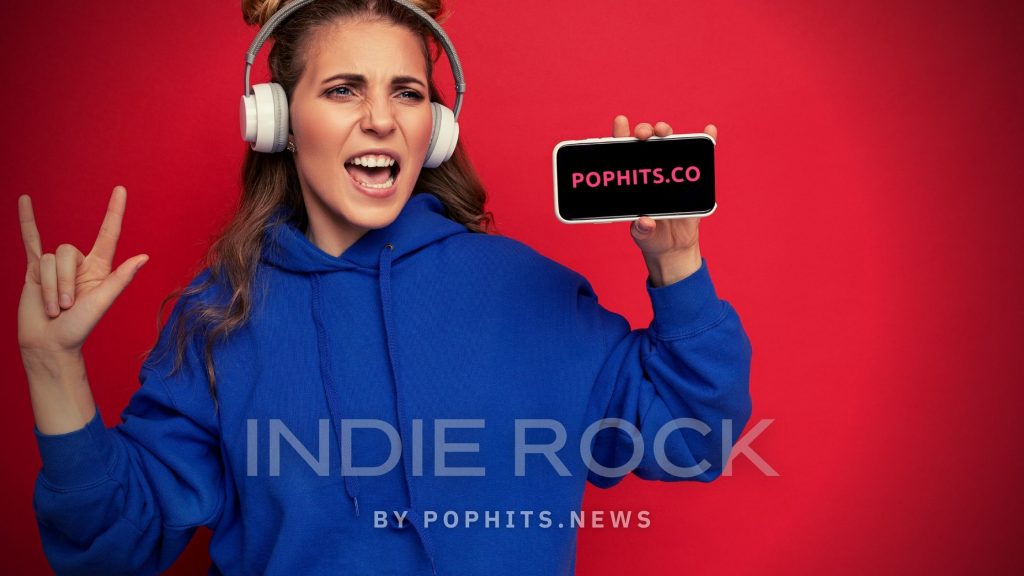 With the advent of streaming services, it’s now easier than ever to listen to independent artists and support their high-quality music. The key phrase here is “simply listen”.

Nowadays, people are blasting music at such loud volumes that they don’t even realize how much they actually enjoy a track. I try to always play indie rock songs at low-moderate volumes while working or studying so that I can better my focus and concentration.

To be honest, there aren’t many mainstream rock songs that have gripped my attention lately — thus, this article was born. After scouring the internet for hours, I found a list of great songs that weren’t getting the exposure they deserved.

These songs have been doing exceptionally well on Spotify and other platforms, it’s worth checking. You can listen to our full playlist which contains the artists’ music, and know more about the artists by scrolling down the page.

Lewis Poole is a Brit with a voice that’s both nostalgic and fresh. It’s been described as “alt-rock,” but is a mix of pop, and emo rock, with synth effects. Basically, it’s a melodic pop rock featuring great male vocals, which makes you feel the classic sound of indie rock coming in—all wrapped up in one.

His new single “Alone 2.0” has all of these elements and more. Lewis Poole’s music is a great example of the best British rock has to offer: smart lyrics, catchy melodies and thoughtful arrangements that never fail to impress.

It’s the perfect song to listen to while you’re driving around town or playing in the background at your next party. With melodic pop-rock influences and a lot of energy, Lewis Poole is committed to bringing you the best of his music. Check out this song and follow Lewis Poole on Spotify!

2) I AM THE UNICORN HEAD – All the Right Things

All the Right Things by I AM THE UNICORN HEAD is a melodic pop rock single that should be on your new playlist today.

The band is based in the United Kingdom, St Austell. They are an indie rock band that plays alternative rock with psychedelic and pop influences.

The band members started their project in the middle of the pandemic, and this wasn’t only producing music, but using music to maintain their own mental health.

It’s perfect for a Sunday afternoon drive or when you’re feeling nostalgic about your crushes. Check it out and follow the artist on Spotify!

If you’re looking for some new indie rock to add to your playlist, check out the latest from SKUUND. The band’s Social Animal album is a perfect mix of post-punk and shoegaze, with a bit of post-rock thrown in to give us some energy.

The vocals are reminiscent of those of Morrissey or Brandon Flowers, and the music is dramatic and cinematic. It’s like if you took The Smiths and mixed them with My Bloody Valentine—and then shot a movie based on the album. Hello Netflix, it’s an opportunity!

If you love this band as much as we do, follow them on Spotify so you can stay up to date with their new releases!

If you’re looking for a new indie rock band to follow and support, look no further than YOURS. The band is based in the United States, El Paso, TX, and they released their third single “In The Morning” last month

It’s a super edgy track that has 80’s vibes and an overall feel-good vibe. It’s the perfect song to listen to on a rainy day when you’re feeling down.

The music style includes a singer-songwriter mark, with its own unique sound. Their music can be described as melodic pop rock with great male vocals providing variety and balance to the song.

If you love bands like Weezer or Twenty One Pilots, then this band will be right up your alley! I highly recommend listening to “In The Morning” on Spotify today!

Indie rock band FIREBUG is a breath of fresh air with their new single, Change. The band is based in Joshua Tree, California and has been making waves for their classic sound and female vocals, which have a soft rock quality.

In addition to the two singles released this year, the band has released many others in the past which we totally recommend trying out: Change and No Return are the latest and our favourites.

The lead singer’s vocals are soft and sweet but still have power and strength behind them. She has a beautiful voice that makes you want to listen over again.

Check out this awesome new song from FIREBUG, Change! Don’t forget to follow the band on Spotify.

The Sparkles‘ new single, “Gowanus”, is a melodic pop-rock anthem that will get you on your feet and singing along in no time. It’s an 70’s and 80’s vibe with a modern twist, thanks to The Sparkles’ signature pop-punk sound.

There are some really catchy vocals by the male singer and the song is really enjoyable. All day long, you’ll be humming this song to yourself, for sure. Especially the backing vocal parts, that’s inevitable!

If you’re looking for some new 70’s style of indie music to add to your playlist today, look no further than Gowanus by The Sparkles. It’s available on Spotify now! Watch their funny music video, and follow the band on Spotify to support their art.

The EP Paracosmic Collision by the band ENID is a dreamy, nostalgic and epic release bringing 6 tracks. It’s a throwback to the 90s and early 2000s alt-rock scene, with some dream pop Influenced by indie music and other forms of underground culture.

You can hear the band’s Scandinavian roots in the way they play their instruments and approach songwriting, but you also get a perfect mix of guitar-driven pop rock and soft rock sounds that will help you escape into your own world for a while.

The EP starts off with “And I” which is a perfect opener for this type of music. It has an anthem-like quality to it that will make you want to sing along even if you don’t know all the words yet—and that’s okay!

The band’s lead singer has a beautiful voice that perfectly complements their melodic pop-rock sound, making this song an instant favourite on my new playlist today (and probably yours too).

My favourite track on this album is “Love Is A Sickness”. It starts off slow but builds up into something more intense before coming back down again at the end of each verse section—which makes it feel balanced.

Check it out and please follow the band on Spotify to support their work!

8) SNAKEDOCTORS – Four And A Half

We’ve got a brand new indie rock album for you today, and it’s one of the longest we’ve ever heard, bringing 25 songs at once. It’s called Four And A Half by SNAKEDOCTORS, and it’s a dreamy, grungy, experimental masterpiece.

The band is based in Gdansk, Poland and their founders were inspired by the shoegaze and dream pop styles of the 90s. They’re best described as alternative rock with elements of grunge and dream pop mixed in for good measure. The result is an album that will make you want to listen to it with time to appreciate the project—and we think you should definitely give it a try!

The album features 25 songs that are rock and experimental in nature yet accessible to most listeners and has a narrative to express. Crime Story is a good example of SNAKEDOCTORS’s experimental rock. If you’re looking for something new to listen to on Spotify, give this band a try! Check it out and follow the band on Spotify.

The new single from The Margaret Hooligans is here. The song is called “Red Rider” and it’s a great addition to your new indie rock playlist.

The band is based in the United States, Bala Cynwyd and their sound has been described as alternative rock with a garage rock feel. They are led by a lead singer who has a great voice for this style of music.

She sings with great emotion and intensity, which makes for an anthemically-sounding track that you’ll want to listen to and save it to listen to again on your playlist.

The song itself is powered by a simple guitar riff that repeats throughout the track, but each time it changes slightly. There are also some nice harmonies throughout that add depth to the song without distracting from vocals or overwhelming them, also powerful drums that remind me of pure punk rock from the 2000s.

If you’re looking for some new music to add to your collection, check out The Margaret Hooligans ASAP and follow the band on Spotify!

DEREK LEE GOODREID has released a new single, Born To Raise Hell & Sing The Blues. This is a classic rock song with excellent rhythm, bluesy vocals and anthemic lyrics.

The song starts off slowly with a soft drumbeat that builds into a full and rich sound as it progresses. Derek’s vocals are strong and powerful while still being delicate enough to be vulnerable.

The singer is based in Australia, Perth. They’ve been around and releasing music on Spotify since 2017 and have released several albums over the years, which we truly recommend you to listen to.

If you’re looking for a new blues-style artist to check out or if you want some new music for your playlist, this is definitely a good choice! Follow the artist on Spotify.