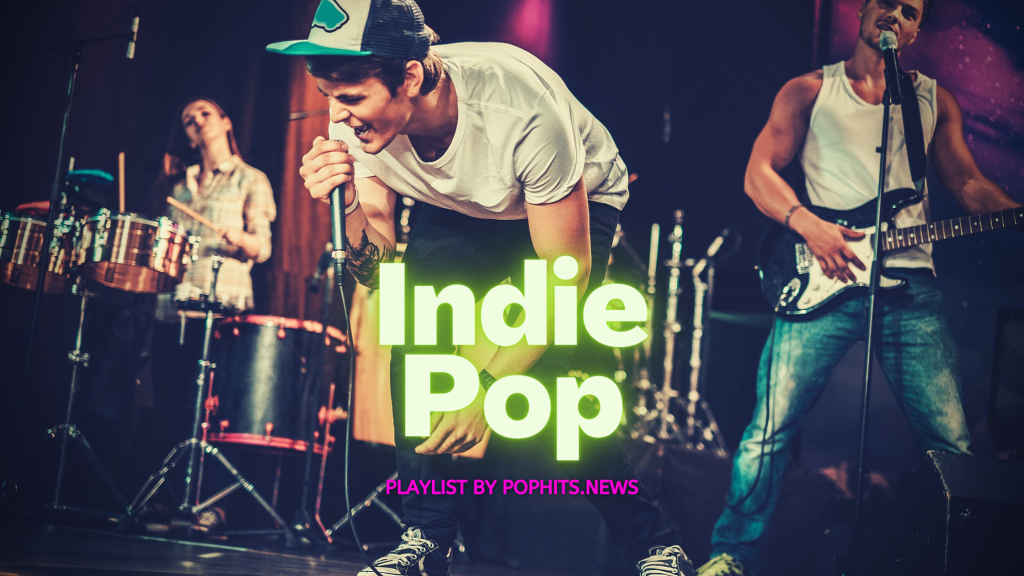 Nowadays we can find any kind of music out there. There’s something for every music lover: rock, jazz, blues, classical, pop and more.

These days the Independent Music World is growing like never before. We have more artists than ever that are taking their music to the streets. With the Internet and the arrival of crowdfunding platforms like Kickstarter, Patreon or PledgeMusic a new era has arrived for independent musicians.

Music streaming platforms are great but there are some new indie-pop songs that shouldn’t remain unknown. I can’t blame you for not recognizing some names of artists but that doesn’t mean that their music isn’t good enough for the radio.

So, I did a little bit of research and put together an alternative/pop music playlist with songs by up-and-coming artists. These years independent artists are bigger than ever and they’re hungry to get into mainstream media. This is why I think it’s important to listen to something new these days.

You can follow our full playlist below or listen to each artist by scrolling down the page.

This past weekend, I was lucky enough to discover a new indie-pop band by the name of FAYE JULE.

They are based in Nashville, Tennessee, and got an album coming out soon.

Faye Jule’s single “I Cried All Night” is the perfect mix of alternative pop with female and male vocals and a super catchy chorus that will have you singing along in no time.

They represent a new era in alternative dream pop, with four incredibly talented members. This track of exquisite beauty and diverse textures and sounds has been created by Chris Bates (Auckland, NZ), Lawhon London (Austin, TX), Stefan Landauer from Berlin, and Kara Greskovic from Nashville, TN.

If you’re looking for something new to add to your Spotify playlist or just want some fresh tunes for your car ride home this weekend, give FAYE JULE a listen! You can find them on Spotify by clicking the button below.

I’m a big fan of indie pop, and I’m thrilled to be able to introduce you to AINSLEY COSTELLO, who just released her first single, “Little Sister.”

AINSLEY is based in Nashville, US, and her new single Little Sister is a bit different from what she’s done in the past—it has more of a pop-rock feel with edgier lyrics than what we’ve come to expect from her, and we loved it.

AINSLEY has been compared to artists like Lana Del Rey and Lorde, but there’s something about her voice that stands out from the crowd. She sounds like someone who has lived life and has stories to tell, but believes me, she is just 18 years old. What a talent!

I’m excited for this new chapter in AINSLEY’s career! You can watch her music video now, and follow her on Spotify if you want more info about upcoming releases or shows near you!

The newest single from Charlotte Waltz is one of the most charming tracks you’ll hear this year. The song, “Third Times A Charm,” is a dark-pop love song with indie R&B vibes and cinematic undertones. It’s the perfect soundtrack for a rainy day, or even just to listen to while you’re sitting at home thinking about someone special.

“My main goal is to connect people with my music through the stories that are shared within. I believe we can all identify with these stories and emotions from our own experiences. My vision is to bring many people together, to collectively connect and process the emotions of life in unity through the power of music.”

Charlotte Waltz’s music is best described as alternative pop, but some dark pop was thrown in for good measure. Her voice has been considered commercial by our producers, and her sound is all her own—and we can’t get enough!

If you’re looking for an artist who will make you feel things, look no further than Charlotte Waltz. Follow the artist on Spotify.

If you’re looking for some indie-pop that’s a little more commercial than most, this track from Canadian artist KAELEY JADE is the one for you. Her single Ego has the kind of anthemic feel that would fit right in on the radio, but with a sound that’s totally fresh and new.

The song opens with a steady beat and then kicks into a catchy chorus that will have you singing along before you know it.

The verses are filled with synth sounds that add to the overall feel of the song—it’s almost like KAELEY JADE is singing through a microphone that’s been dipped in glitter, but with a very smooth voice, almost whispering.

If you love fun pop music with a hint of 80’s nostalgia, then this song is for you! Check out KAELEY JADE’s other releases on Spotify and keep an eye out for new music coming soon!

MUMBO is an indie-pop duo from London, UK. Their single Swing My Hip features female vocals, rhythm, soft rock and alternative elements. The song is relatable to any listener who’s playlist has Art-rock.

Swing My Hip is a lyrical dance built on a phalanx of electric guitars (Doug MacGowan), beats and chilled, jazz-tinged vocals (Emma Semple).

With vocals and guitars, mUmbo explores the range of blues-driven modern blues/rock and EDM to ethereal, chilled soundscapes

I highly recommend checking out MUMBO’s other songs on Spotify! Don’t forget to follow the duo to support their art.

If you’re looking for a pop song with a twist, this is your jam. Listen to Tick Tock by THE RIVER and you’ll hear everything from electronic pop to alternative, R&B is a slow tempo track, very easy listening. You’ll also hear female vocals that are super edgy and euphoric.

“Something I often think about is how finite our time is on the earth. I’m constantly trying to make “the best use” of my time. This song was born from that somewhat toxic mindset. My producer and I were on a hot streak in music creation and the lyrics poured out of me. We are very proud of this record and this will be our 5th release since May of 2021″

This single is the perfect mix of sound, so we can see why it’s already been played a lot on Spotify! If you like what you hear, be sure to follow THE RIVER on Spotify—we know they’ve got some big plans coming up!

London-based singer-songwriter Alessandra Boldrini is one to watch. Her commercial pop single “Holiday” is an anthemic dance track that will make you want to dance and sing along. The song’s lighthearted tone is perfect for those times when you need to feel like you’re on a vacation, and Boldrini’s vocals are so smooth they could be a margarita.

The lyrics are triumphant and empowering—you can tell Boldrini is living her best life as she sings about new beginnings and fresh starts. She even throws in some classic music flavour for good measure, sounds epic! The bridge is especially catchy, with a breakdown that will have you singing along before it’s over.

Boldrini has done a great job here and is very professional! Her music has also elements of pop stars like Lady Gaga, who mix different genres into their songs so effortlessly that they feel completely unique.

Follow this girl on Spotify ASAP! She deserves your support.

SJ TALBOT is doing a great job. It is evident from her actions that she is not wasting any time. The Dublin-based singer has been ruthless in pursuing a tight and sweet pop sound that is all her own.

She is one of the most promising new pop artists in Ireland and the UK this year and her third single ‘Millisecond’ is one of her most stunning and heartfelt tunes to date. It marks the coming of one of the most exciting new artists to arrive in 2022.

This electronic pop track is an infectious mix of retro-pop and electronica that’s sure to get stuck in your head and make you dance as if you are in the 80s.

It’s got all the elements of a hit: catchy lyrics, retro-style production and vocals from a voice that could make your ears melt. Listen to the singer on Spotify and don’t forget to follow her as well.

Magic by JONATHAN LOBO is a mix of pop, soft rock, and singer-songwriter styles. The vocals are mellow and soothing, but the instrumentation is upbeat, with a driving drum line and smooth bass line. The lyrics are about finding true love, though the instrumentation makes it feel more like a party than a breakup song, which is not negative in my opinion as this is melodic pop as defined by the producer from Dubai.

“Magic is produced by Aman Sheriff (of Galipolli) and has a new, bigger and fresher sound bringing an acoustic R&B vibe, with layered guitar melodies and quick lyrics to tell a story about: Someone that I met last year that brought excitement, purpose and inspiration into my life.”

The lyrics tell the story of a man who wants to show his love for a woman in every way possible—and do it in such a way that she’ll never forget him, through beautiful music.

“Magic is the first song I wrote in 2021. The lyrics 5 more minutes were something she would say to me all the time. Over time, the context in which those words were said changed as did our relationship. However, the impact and magic of those words and every shared moment will always stay with me.”

If you’re looking for a new artist to add to your Spotify playlists, we recommend you give Jonathan Lobo’s music a listen today!

The first time I listened to LAZER VIKING‘s new single, “Yr Body,” I was very curious as that sound was familiar.

It’s a dreamy, experimental synth-pop song that feels like it’s straight out of the 80s. And yet it also sounds like something you’ve heard on the radio today.

The first thing that hit me was the super sexy male vocals. They’re dynamic and emotional, and they really bring this song to life. The lyrics are playful and emotional at the same time—it’s definitely not your typical love song.

There are so many different layers of sound working together in perfect harmony—you can tell there was a lot of thought put into making sure everything sounded right together.

If you’re looking for new indie-pop artists to follow now, LAZER VIKING should definitely be at the top of your list! Follow him on Spotify and watch his music video.