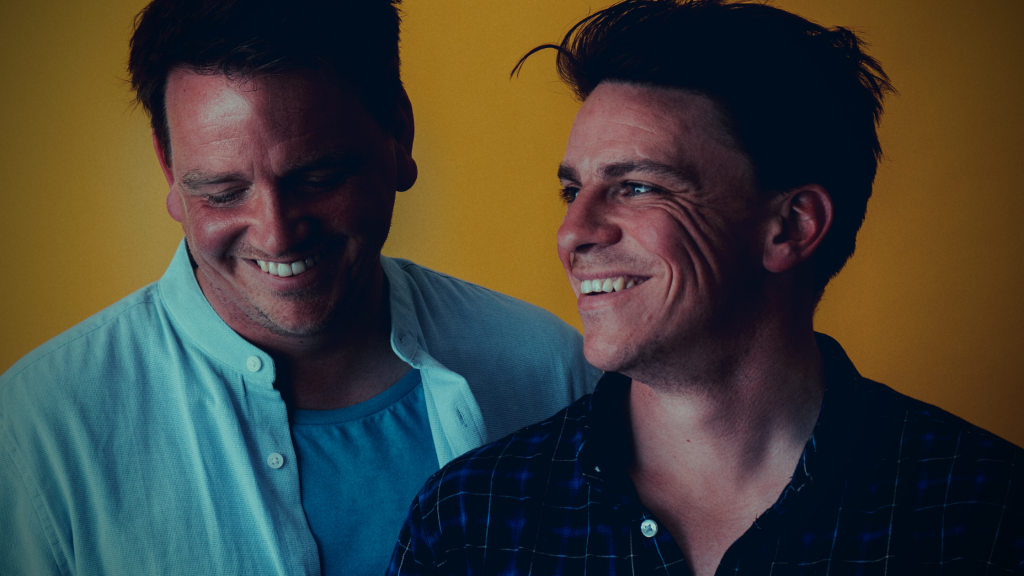 Delivering melodic Folk-rock The Dunwells have released their fourth album, Tell Me What You Want. Based in Leeds, West Yorkshire, UK the band has a strong reputation for the high quality of their productions.

The Dunwells have a unique sound that we think is best described as Alt-Folk or Folk Pop. They have a lot of influences but the producers from PopHits.Co found similarities with bands like Mumford and Sons, Bon Iver and The Lumineers and even Coldplay, and they still manage to create something fresh and original.

Their music is very melodic with catchy tunes that you can sing along to as well. They also have some heavier tracks which are more rock than folk. If you know what I mean? However, they do not make use of heavy electric guitars on any of their tracks so don’t expect anything heavy metal or grunge here! It’s a classic beautiful sound.

You can listen to our full playlist below, which contains The Dunwells’ music, and know more about the artists by scrolling down the page.

The album opens with “This Is Love” which immediately grabs your attention with its driving 80s-style beat and amazing melodic vocals. These guys have what we call natural talent, they open their mouths and that’s it, raw quality singing full of emotion that you will love for sure.

The song has an indie-folk sound that will appeal to fans of alt-folk, folk-pop, indie folk, singer-songwriter, melodic pop-rock and soft rock. The album features male vocals and has an overall feel-good vibe that will put you in a good mood from the first listen.

“Tell Me Wath You Want” is another standout track on this album because it combines elements of at least three of the genres mentioned above into one cohesive piece of work — it’s got great lyrics; meaningful instrumentation; strong vocals — everything you need in order to make something truly special!

This article is about their new album, but we can’t leave this information behind. The Dunwells have in their portfolio the song “Communicate” which is getting over 3 million plays on Spotify. It’s impressive like the band’s talent level!

The actual release is their fourth full-length studio album, “Tell Me What You Want”, which was recorded independently from their Leeds studio. The album is co-written by brothers Joseph and David Dunwell, mixed by Tim Palmer and Chuy Flores, and mastered by Gavin McGrath.

There are 12 stunning new songs on this album, written over the last two years and described by The Dunwells as the band’s most creative, inspired work so far.

A fine production of this album focuses on acoustic indie-folk-pop with strong lead vocals, harmonies, and big choruses. As they experiment and integrate electric guitars into many of the tracks, the brothers have taken their ‘indie-folk’ roots to a whole new level.

‘Tell Me What You Want’ is a tribute to some of the Dunwells’ favourite artists and contemporary bands like Passenger, Josh Ritter, The Lumineers and Vance Joy.

The influences their father gave them as youngsters can be heard in undertones, including Paul Weller, Noel Gallagher, Fleetwood Mac, Cat Stevens, Bob Dylan, and The Beatles, which are evident throughout the album.

As a result of their musical endeavours, the Dunwells have effectively created a ‘soundtrack for their lives’. When you hear ‘Tell Me What You Want,’ you are likely to be moved by genuine emotions such as joy, love, hope, happiness, hurt, pain, and even loss. Some of the more emotional and heartfelt tracks on this album will move even the most battle-hardened and stoic listener.

This is The Dunwells’ most honest and personal album to date, laying it all bare lyrically, for everyone to hear. So check out their album, and previous releases and also follow the band on Spotify.