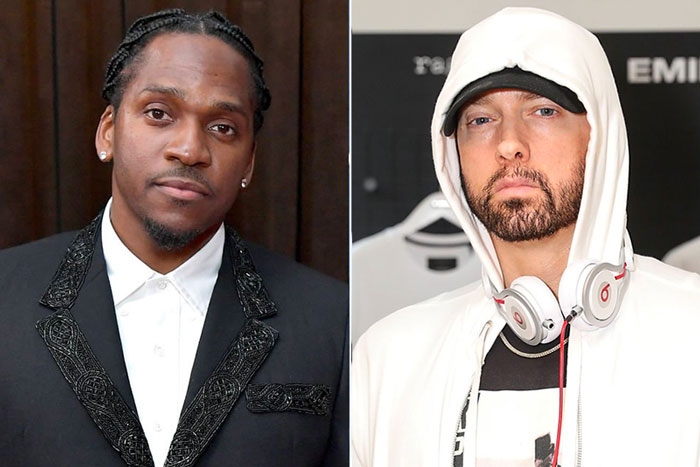 Pusha T is keeping the peace.

During his appearance on “The Morning Hustle,” the “Neck & Wrist” rapper addressed a rumoured feud with Slim Shady.

Push was asked if there were any rappers he would “kill lyrically,” but ultimately decided to pass on them. He declined to mention names and kept it positive.

“I don’t even want to even put the energy out there,” he said.

Pusha then revealed that although there is rumour of a rivalry between him and Eminem, there is no bad blood between the two rappers.

“It was like a misinterpretation of something I said or whatever, but you know how people decode it and they have their own thing. I was like, ‘Nah, man, Em is somebody that I respect,’” he said before citing Em’s 1998 Lyricist Lounge appearance. “He’s one of the people that I really like what he does because, in all of his success, I can still find Lyricist Lounge Eminem.”

As an example, he used his favourite rapper, JAY-Z. “When I reached all the successes I can possibly reach, I would make Black Album 10 times after that.”

It’s Almost Dry, Pusha’s new album is expected to debut at No. 1 on the Billboard 200 with 55,000 equivalent album units. 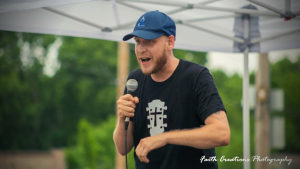