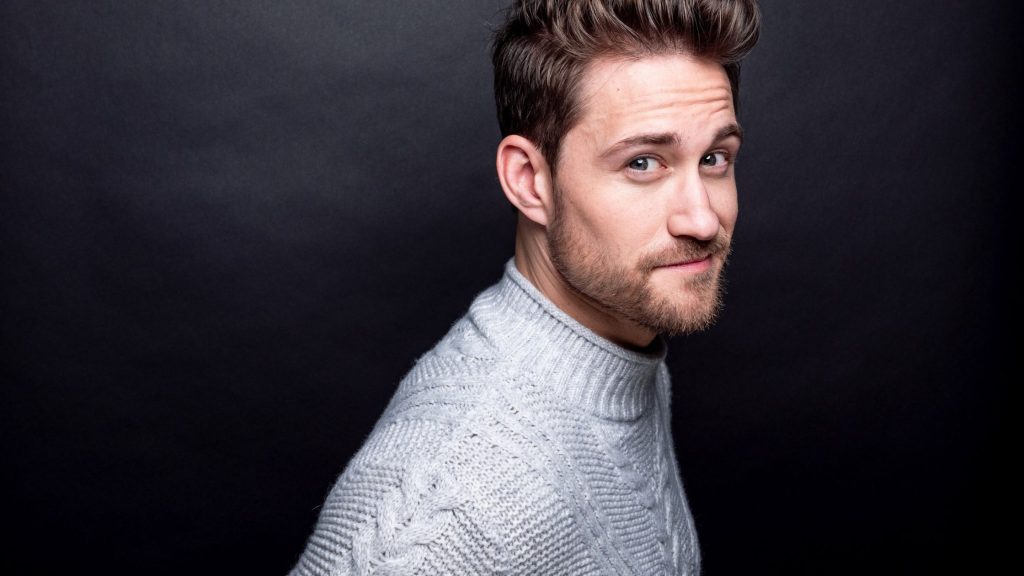 Actor and Dream pop artist Brendan Bradley’s single “Reprogram Me” is a track that represents a real futuristic journey through sound and music, from our realm to the Metaverse.

Combining the use of dramatic soundscapes with soaring melodies, Reprogram Me is a track that will inspire you to explore new possibilities in music performance and technology.

Music is in a state of constant evolution like all other art forms. The melodies and styles musicians play today reflect new experiences, new implementations, and new inspirations. The business of music has certainly changed over the years as well.

Nowadays, the Internet has completely reshaped how we experience art. However, there’s no denying that technology has also assisted in various creative aspects of the music industry as well.

New and very innovative platforms are emerging at an exponential rate, like PopHits.Co which is opening the gateway for musicians of all backgrounds to have their songs on the Metaverse protecting their royalties, so visionary producers like Bradley are making it possible to create a Metaverse where audiences and performers can exist and interact at the same time, what is exactly what independent artists needed right now.

Brendan Andolsek Bradley is a renowned American actor, director, producer, writer, and VR performer who created the Workshop Cast Recording, Non-Player Character The Musical, which allows you to see a whole musical undertaking from anywhere in the world.

Now Brendan is inviting you to hear the original music and attend rehearsals of his virtual reality musical! Attention to this detail: This new track is all about the journey inside Bradley’s project, that is inside the Metaverse, that is inside your VR device or browser, that will be inside your mind, reprogramming your brain about what is art, in a very dynamic and innovative way. This is a new concept of pure technological art.

So you can check it out by listening to the artist’s new release in our playlist Pop Songs Indie Selection or play it directly below, and know more about the project by scrolling down the page. Don’t forget to follow the artist on Spotify to keep updated.

Non-Player Character The Musical is a musical performance where the actors or singers are in one country and the audience can be present or in many other countries around the globe. The performers are virtually represented by their avatar, a virtual character, but nothing is automatic.

The musical performance features virtual characters that react to the actors’ and singers’ movements and voice expressions instantly, creating a virtual reality environment in which the audience is transported within the Metaverse. It can even transport actors and singers from other countries to inside a physical theatre in your city, as mentioned by James Monroe, a producer from the Museum of Science in Boston.

“Non-Player Character is an exciting new project that allows our team at the Museum of Science, Boston the opportunity to welcome visionary creator Brendan Bradley back to our institution, this time pushing the potential of our Mugar Omni Theater to innovative new levels.”

Monroe explained that Bradley’s work sits at the intersection of art, science, and technology combining immersive VR filmmaking and live theatre to take audiences on a one-of-a-kind journey, placing participants fully in the driver’s seat.

The producer mentioned as well that the performance is displayed in real-time on their Omni screen for a live audience to witness the story as it unfolds in the VR world.

“The project Non-Player Character has the potential to break down the barriers around the use of VR and technology in live performance, enveloping audiences in the experience whether in a headset or not.”

James Monroe, synchronised with the creator of the show Brendan Bradley, is certainly looking to the future. Monroe states that they hope to stage a world premiere run in either our 2022 or 2023 programmatic season, followed by the opportunity to tour the final show.

Brendan Bradley is releasing the single Reprogram Me, which is part of his Virtual Reality project NonPlayer Character The Musical

The producer explains that in order to do this, the focus will be placed on making this work scalable to provide an easy and light lift for interested producers or partners around the globe, as well as to break down the ever-present question around VR experiences. They are operating and challenging to make sure the work is financially accessible.

“We will focus on developing a final product that can tap into scalable audience models to invite groups of all sizes into the world of NonPlayer Character.”

This kind of music production project with the concept of Bradley’s Non-Player Character has been well received by producers from various backgrounds, and their opinions of it are very positive:

I totally identify with Brendan Bradley. He is a visionary and in my honest opinion, it’s this kind of entrepreneur who will thrive in the new normal’s music industry. The Metaverse and WEB3 are the future of the digital music industry and there is no coming back. Society made a shift in 2021 and more than 70% of developed countries’ populations are online and very open to attending virtual reality events too, especially those involvig music.

Will Lisil – Music Producer and owner of the worldwide music distribution platform PopHits.Co inside the Metaverse.

Another important observation made by the producer Will Lisil was the following:

In terms of the global population, in 2022 more than 50% is online and if we compare Gen Z and the next generation, they are totally into the gaming industry and Metaverse, cryptocurrency, NFTs, blockchain technology and now SoulBound tokens, which is the new technology that will allow us to own NFTs that cannot be transferred, which means SoulBound is gonna revolutionize not only the music industry but royalties and proof of attendance in events, school scores, and even the countries voting system in their elections. Virtual reality and ultra-technology is not the future, we are living it right now, and Bradley is already advanced with Non-Player Character The Musical.

Will Lisil – Music Producer and owner of the worldwide music distribution platform PopHits.Co inside the Metaverse.

Now that you know everything about this fantastic and innovative project, you are invited to join them on their journey to keep bringing Non-Player Characters to life. As the work goes through a number of design stages, it will be possible to bring it to different audiences through festivals and conferences.

Together, Non-Player Character’s creator and his team integrate the physical and digital worlds simultaneously in revolutionary new ways, expanding the possibilities of the arts industries and ensuring that everyone has a role to play and a story to tell. Know more about the creator Brendan Bradley in his website BrendanABradley.com.