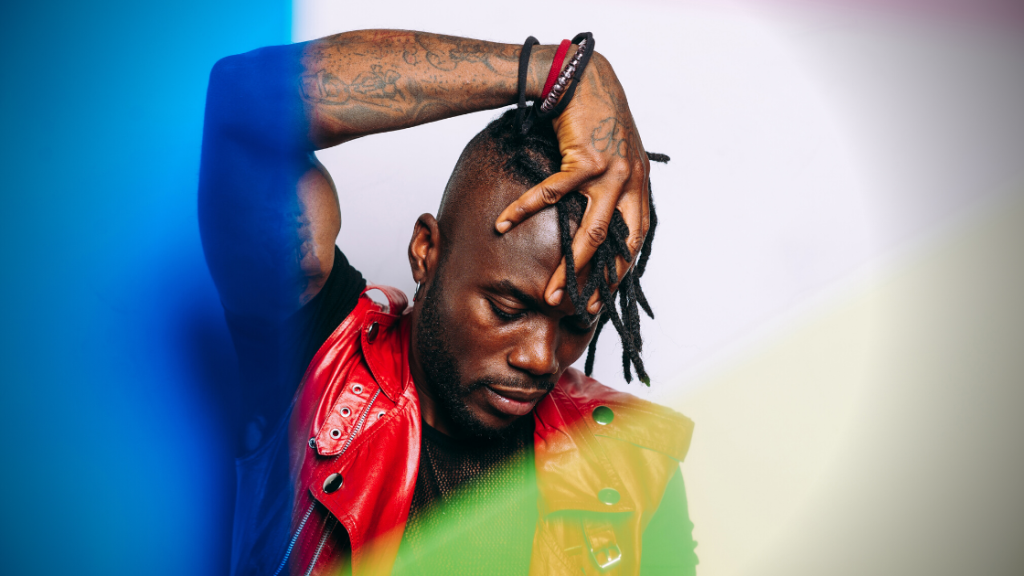 The temperature may be changing, summer is coming to an end, and the weather getting cold and grey, but that doesn’t mean your playlist has to reflect those feelings.

One of the best ways to not let seasonal affective disorder get hold of you is to make sure you’re listening to music that puts you in a good mood. Fun indie pop music that’s upbeat will provide a different ambience to your daily life and give you a bit of an energy boost.

We know that the whole world has been going through some hard times lately. It’s no wonder we’re all feeling a little low and exhausted even during the summer. But there’s one thing that can always pick us up when we need it most: music!

If you’re looking for some new indie pop music to update your playlist, don’t look anywhere else. We’ve compiled a list of some of the most promising new indie pop releases that didn’t make it into the mainstream category but are always worth checking out.

There’s no doubt that indie pop music is a genre of music that has been increasing in popularity over the past few years, and you shouldn’t forget about it. If you feel like you need a little boost of energy, a refreshed feeling, and a sense of recharging, then it’s time to update your playlist with some pop songs.

In this article, we’ll be reviewing some of the nicely indie pop songs released by independent artists in the past year. These are all great tracks that you can listen to right now on YouTube or Spotify!

You can listen to our full playlist which contains the artists’ music, and know more about the artists by scrolling down the page.

Fifth Lucky Dragon‘s Mango is a pop song so perfect it makes you feel like you’re on the beach, even if you’re sitting in your cubicle at work.

It’s an anthemic track that pulls from synth-pop and art pop, with a dash of pop rock and a splash of Harry Styles-type male vocals. The song is super nostalgic, but it still sounds fresh and new.

The song begins with a bright, sunny synth effect that immediately puts listeners in a good mood. Then Fifth Lucky Dragon’s lead singer comes in with his smooth voice, singing super nostalgic lyrics too, but they don’t feel cliche or cheesy—they feel authentic and real.

One thing we love about this song is its energy—it has an uplifting vibe that makes us want to get up off the couch and dance around! This is definitely one of those days when you need to get out of bed early for work but need something to get you going fast so you can focus on your day.

Overall, we highly recommend checking out Fifth Lucky Dragon’s Mango as well as following them on Spotify.

The first thing that stands out about Dorian‘s Do Ya is the sheer quality of the vocals, we notice on his songs, generally speaking, a Michael Jackson style that makes his mark.

The second thing that stands out is how much this song sounds like it should be on the Top 40 charts, radio, TV, and publicity pieces.

The song is upbeat and poppy, with a chorus that will get stuck in your head for days. It’s also got some smooth electro-pop vibes—think The Chainsmokers or Calvin Harris—but it’s more accessible than either of those artists work.

Dorian’s got a really unique voice, and he uses it well here. The harmonies are gorgeous and lend themselves to an overall ethereal feel. The artist is from Baltimore, but his work is more like from pop backgrounds like LA or NYC!

If you’re looking for some great music to add to your playlists, check out Dorian’s Do Ya today and follow the artist on Spotify!

If you’re a fan of indie dream pop with a pop-rock style, you’ve probably already heard the name, Audreal Gillett. If not, you should definitely check her out.

The Portland-based artist has been making waves in the alternative music scene since her first single in 2020, and she has only gotten better since then.

Gillett is up to something special right now—and it’s called “Memories”. This single is sure to get stuck in your head and stay there for days on end!

It’s dreamy, ethereal, and euphoric—with elements of synth-pop, pop rock, future house, and even EDM that make it feel like an anthem in its own right. We loved the combination of everything!

The vocals are soft and sweet while still being powerful enough to carry the track through its entirety. This is one song that will take you to another place entirely—so give it a listen and follow the artist on Spotify!

Jewelia is an indie pop artist from London, England who just released her brand new single “No Lover.” There is a lot of catchy music on this track and you will be humming it for days after listening to it!

The song starts out with great vocals and drums, smoothly perfect, that sounds like an anthem. It’s got an almost rock-pop feel to it, but the female vocals give it an indie vibe.

This combination makes it perfect for anyone who likes pop music but also wants some substance in their songs. It reminds us of Taylor Swift’s music style.

There is no doubt that this song is very catchy and that you will be singing it for days to come. Check it out and follow Jewelia on Spotify!

IZOKI has released a new single, “One Night In Miami,” and it’s a great reminder that there is so much talent out there. The artist is based in Chicago, and he’s been absorbing different cultures, US pop scene but also Latin Pop such as reggaeton. This reflects in his music which is a mix of different genres.

The single features IZOKI’s unique vocals and an upbeat melody that will make you want to dance. It’s perfect for any occasion—you can sing along with your friends, or dance with your significant other.

The song has Latin and reggaeton vibes as well as commercial pop elements that make it perfect for dancing. Above that, you can notice hip-hop elements that give a different feel to the track.

In my opinion, it’s also relaxing, so you can listen to it whenever you want to unwind or relax after a long day at work or at your next party. Check it out, watch his music video and follow the artist on Spotify!

BILLY JAVY‘s new single, 24/7, is pretty much a perfect summer anthem. The song combines Latin pop with reggaeton and EDM to create a danceable tune that you’ll find yourself singing along to all week long.

24/7 is a Christian reggaeton song that talks about how God is with us 24/7 in a rhythm that reaches younger people with a positive message.

The artist himself is based in Puerto Rico but currently lives in Florida—and his music reflects his diverse background. We notice his sound is influenced by artists like Ricky Martin and Enrique Iglesias, but he also brought on his project other Latin American artists as inspirations, including Daddy Yankee and Pitbull.

If you’re looking for an upbeat tune that will keep you dancing all summer long (and beyond), check out 24/7 by BILLY JAVY on Spotify today and follow the artist!

7) ROB LEA – Summer In The Morning

If you’re looking for a new pop rock song to add to your Spotify playlist, check out “Summer In The Morning” by Rob Lea. It’s an indie pop song that’s so catchy you’ll be singing along to it in no time. The single was released by an independent artist based in Blackpool, United Kingdom.

The track starts off with a soft guitar riff and builds into an anthemic chorus that’s for sure exciting, lifting you up. It’s the perfect song for summer days spent outdoors with friends or family—or maybe even just by yourself!

There’s nothing like driving with the windows down on a hot day and blasting this track as loud as you can while cruising down the highway.

Rob Lea is a singer-songwriter whose music has been described as alternative pop and indie melodic pop rock. If you want to support him and check out his other work, follow him on Spotify!

RONI AMIR is an indie pop singer-songwriter based in Modiin, Israel. His latest single is called “Old Song” and it’s a delicious taste of his work as a whole. Prepare yourself as it’s funky!

The song is an easy-listening mix of pop rock and Chillwave—all delivered with Amir’s super edgy vocals.

Amir’s work is diverse, but the track Old Song, particularly, has a groovy alternative vibe and very enjoyable male vocals. The whole song is upbeat, but the lyrics are emotional, a blend that makes me close my eyes and use my imagination while listening. This is for sure a relaxing effect, which is great, as our choices are exactly for building summertime playlists.

For fans of alternative pop music such as chillwave, or indie sounds generally, this is definitely something you’ll want to check out! Don’t forget to follow the artist on Spotify.

Indie pop is a genre that can be difficult to pin down, but TIRED ROBOT‘s I Don’t Know You Now manages to capture all its best elements in one song.

The song is an 80’s-inspired dance track with vocals by Rob Eisner (AKA “Tired Robot”), who sings about relationships and emotions. Think of 30 Seconds to Mars, Churches, Twenty-One Pilots and The Midnight.

It’s got a catchy beat that’ll have you tapping your toes in no time and could be the soundtrack of a Netflix series for sure. The vibe of this track is just amazing, you feel like a superhero listening to it.

The vocals are clear and crisp, with just enough reverb to add some depth and make them sound like they’re coming from across the room.

The lyrics are upbeat but slightly melancholic—perfect for anyone who loves a little bit of both worlds. Now check it out and follow the artist on Spotify to support his art!

Charlie Weathersby has released a new single called Iridescent Sky, and it’s everything you could hope for in a dream pop song with a pop rock hint.

The track is an 80’s-inspired ballad that features the artist’s crisp vocals and soft instrumentals. You can hear the influence of artists like Chvrches, Grimes and Tove Lo in the song’s sound, but Charlie Weathersby takes these influences and makes them her own.

The result is a beautiful track that will have you feeling like you’re floating through space with your headphones on.

If you love alternative pop music or just want to relax after a long day of work, consider giving this single a listen on Spotify and follow the artist for more.