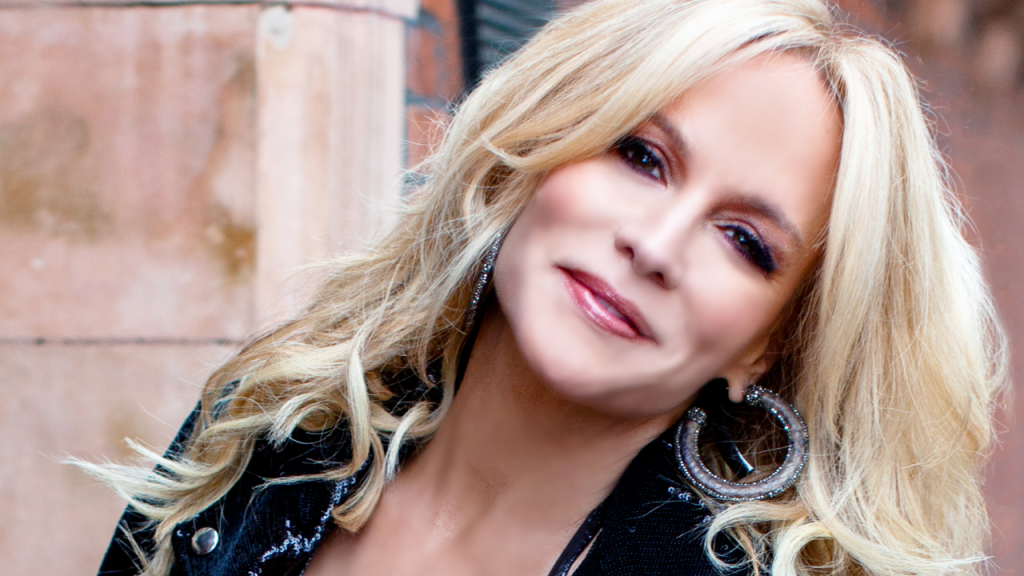 Flipside by Stacey Jackson has been reimagined into a breathtaking acoustic version. With empowering lyrics about taking risks and being true to yourself, the 80s nostalgia-hit single is given new meaning.

Recorded in London, Stacey Jackson worked with long-time collaborator and co-writer Ramzi Sleiman, who has worked with the likes of The Overtones, LuLu, Westlife, Taio Cruz, T2 and Mis-teeq.

The acoustic version of Flipside, in comparison to the original, dazzles fans in an entirely new way. Flipside is transformed into a completely different song when accompanied by sombre piano, cello, and backing vocals.

The acoustic version of the song was released on April 29th. As the original Flipside was deliberately 1980s pop, it was chosen as a perfect introduction to Stacey Jackson in the 80s, her 1980s nostalgia pop TV show (Spotlight TV, Sky Channel 365 and Freesat 500). Global Digital Radio Pop has now ranked Flipside as the No.1 song!

“Flipside” is a song about empowerment and so much more than that. In her career as an older woman in the public eye, Stacey Jackson has faced her share of challenges. Compared to its original acoustic version, the acoustic version shows more melancholic energy.

Flipside is a song about empowerment and so much more than that. In her career as an older woman in the public eye, Stacey Jackson has faced her share of challenges. Compared to its original acoustic version, the acoustic version shows more melancholic energy.

With every syllable, she asserts herself and believes in herself, proving to us that she’s a true fighter. This new acoustic version pairs with a thrilling live music video. In contrast with the neon lights, the dark and smoky feel of the room represents the acoustic version’s mood, representing the neoclassical feel of the original. You can listen to our full playlist which contains Stacey Jackson’s music, and know more about the artist by scrolling down the page.

“I had literally finished writing the song right before I even landed the TV series! So, when the producer of the show asked me if I could suggest a pop track we could use for the theme song – it was almost spiritual! Such a crazy coincidence!”

“The lyrics came to me quite quickly because it’s all about taking risks to become a better ‘you’, even when you have so many commitments in life and are being pulled in so many different directions. Stripping it back felt so right and just adds even more clarity to the lyrics which I think resonate with so many people.”

The Weeknd and Dua Lipa are all referencing 80s pop currently, so Stacey felt it was important to contribute – after all, she was there when it first started!

Among her many accomplishments, Stacey Jackson is an entrepreneur, singer/songwriter, television presenter, and mother of four.

After launching her music career at the age of 40, she rose to fame and became an inspiration for stay-at-home moms. Stacey has released four albums & over a dozen singles since her debut single was a chart success, and has recorded a track with legendary rapper Snoop Dogg called “Live It Up.”

Having recently celebrated its 10th anniversary, the record has been rebooted and relaunched in June 2021. In addition to working with Papa Levi, she has remixed music by C-Rod and Dave Audé. In her trademark high heels & hot pants, she has performed in stadiums and parades around the world.

In addition to hosting Liverpool Live each Saturday afternoon with Roy Basnett, Stacey appears as a regular guest on the radio station. Besides a brand-new original EP, her fans can look forward to the follow-up single to Flipside this summer!

Stacey has also launched Staefit, a patented workout top designed to solve issues women might experience while exercising, and through her online workout videos she encourages women to be the best versions of themselves.

Since you now know everything about Stacy, you should check out her previous releases and follow her on Spotify.