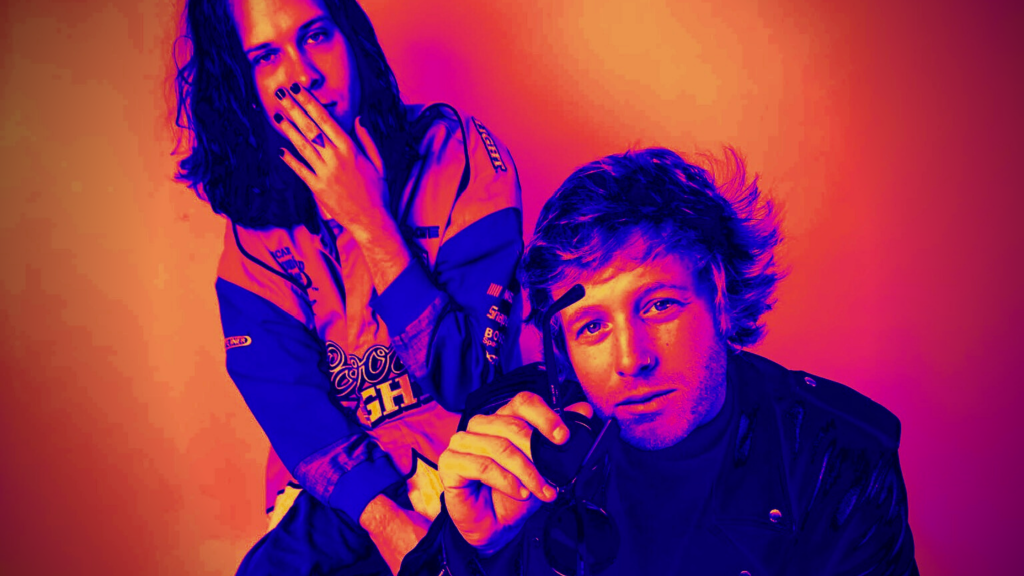 This is our selection of great music to kick back, relax and listen to all the way from Boston to Berlin, from Melbourne to Mexico City, from Berlin to Birmingham and everywhere else in between.

Oxford Dictionary defines music as “an art form whose medium is sound and silence”. But if you’re like me, that definition doesn’t say much. When I first started listening to music, I was drawn to the energy and excitement of rock songs.

These days, I find myself listening more and more to songs with a mellow sound. Indie pop artists have mastered crafting catchy tunes with snarky lyrics.

My favourite sub-genre is soft indie rock with a pop twist— it’s almost as if someone wrote a diary and put it to music. Some of the best pop indie-rock songs are from newer bands, and while looking for a similar subgenre we discovered much other great music to cheer us up, and this music selection is all about that.

You can listen to our full playlist which contains the artists’ music, and know more about the artists by scrolling down the page.

Brett Koolik is based in the United States and hails from Boca Raton, Florida. Described by the producers from PopHits.Co as folk-pop, the singer mixes other alternative subgenres into the song to give it a cinematic feel with a mixture of folk and pop.

A new single of hiss, “Paradise Valley Fault Line”, has been released. A love song that fits into the indie-pop or singer-songwriter genre.

The song is super catchy, with even a nice soul-rock sound that makes you want to sing along. A very down point of Koolik’s life inspired him to write this song he received very positive feedback from everyone.

The lyrics are meaningful and were written in the middle of the road, but the pain was translated into a very meaningful song. Now check it out, listen to his previous releases as well and follow the artist on Spotify!

MIGS, an indie-pop artist based in London, has released a new single that will make you want to get up and dance. The song is called In-between, and it’s the perfect addition to your playlist if you’re looking for something dreamy, electronic, synth-pop with a splash of LGBTQ love song.

MIGS’ music has been described as “electronic,” but we think it’s more like “dream-pop.” His voice is reminiscent of artists like Peter Gabriel or David Bowie, who were able to find their own unique style while also paying homage to the greats before them.

In-between is an original composition from MIGS’ hometown of Lisbon—which means that it’s got that international touch that makes us proud of our global community! Check out this track and follow the artist on Spotify now!

3) MIDNIGHT VILLAGE – All You Gotta Know

When you’re feeling down, there’s nothing like a good ol’ indie-pop playlist to cheer you up. You know the kind: dreamy, mellow, and full of catchy melodies and soothing vocals.

This week we’re featuring something special: All You Gotta Know by Midnight Village, a new single from an independent band based in Los Angeles, CA.

We love this track because it’s easy to listen to but still has a lot of depth, think “The 1975” pop rock, well it’s better. The instrumentation is very simple—based on a beautiful rocky guitar melody and drums—but the vocals are so emotive that they compensate for any lack of complexity in the pop music itself. And when those vocals come together with that dreamy effect… oh boy!

If you’re looking for a way to put yourself into a blissed-out state of mind, check out All You Gotta Know by Midnight Village right now and follow the band on Spotify!

Chad Lewine‘s new single, 35, is the perfect song to put on when you want to cheer up and laugh about your own life experiences, as the topic of this song is hilarious but very true.

We don’t understand how this guy could fit such an apparently boring topic into such an amazing song. It’s about the difficulties of buying a house, for real. Genius!

The artist, who hails from Lansdale, PA, has been putting out music since 2010 and has gained a loyal following in the indie-pop community.

His style is a mix of commercial pop and trap rap/hip hop—but with an anthemic twist. His beats are cinematic and his vocals are super catchy. The lyrics are true to life and easy to relate to. And if that’s not enough for you, there’s also an LGBTQIA+ art element to his work!

If you’re looking for something new to listen to this week, check out Chad Lewine’s 35 and follow the artist on Spotify!

FEREN ISLES is a Canadian artist based in Montreal. He released his new album “Facing Uncertainty” on Spotify last month, and it brings 10 songs full of synth electronic effects.

The kind of electronic music that makes us feel like we’re in an ’80s movie where things always seem to work out for the best.

The song is dreamy, with male vocals that are reminiscent of the nostalgic synth-pop songs from our childhood—all about love and heartbreak, but with a hopefulness that makes it feel like everything will turn out okay in the end.

The track Facing Uncertainty is a good example of the whole album style. This is a great track for when you want to get into a nostalgic mood but doesn’t want to be completely consumed by it—it’s just enough nostalgia to make you feel inspired. Check it out and follow FEREN ISLES on Spotify!

If you’re looking for a new indie-pop release with beautiful soft female vocals to put on your playlist, then look no further than ANGELA PARCHETTA‘s Never Again.

This single has the kind of anthemic vibe that’ll get your blood pumping and make you feel in love. It’s got all the things that make up great pop music: commercial appeal, contemporary sensibilities, US influences, and female vocals. But it also has an emotional depth that sets it apart from other artists in this genre.

PARCHETTA has been making waves in the indie-pop scene for some years now as she started releasing music on Spotify back in 2018. She’s based in Nashville, and her sound is influenced by the great pop artists from the United States.

The lyrics are uplifting and empowering—perfect for when you’re feeling down. If you want to check out more of her work, follow her on Spotify.

Are you a fan of the Twin Peaks tv series, or music by Beach House, The Beach Boys, and Depeche Mode? Then this one is for you!

The new single from SEVEN LAYER PIANO CAKES, called “Gumdrops,” is the perfect way to get your mind off of whatever’s stressing you out and just enjoy some uplifting vibes.

The song has a dream pop feel with electronic influences, which makes it easy to listen to no matter what kind of mood you’re in. The band is based in Los Angeles and has been active on Spotify since 2020 with the album Mood swings.

I can say that with dreamy synths and easy-listening piano chords, this song is perfect for relaxing with a cup of tea or enjoying a long bath. The vocals are warm and tender, making it the perfect soundtrack for snuggling up with someone special. If you want to check this band out for yourself, follow them on Spotify!

AVARAJ is a new artist who just released an EP called Toxic Love Stories. This EP is the ultimate feel-good playlist to put on when you’re feeling down, or even when you’re just trying to boost your mood. The songs are all about love, but in a very different way than most pop music—they’re about toxic relationships and how they can make us feel.

The sound of this EP is very reminiscent of Bedroom Pop and Indie Melodic Pop Rock styles, with a few hip-hop beats thrown in some tracks for good measure. Our favourite track is What I Deserved, which is rockier and we recommend you to check it out.

The vocals are AutoTuned, which is something that’s popular right now in pop music, but it doesn’t overpower the rest of the instrumentation; instead, it adds another layer to each song that makes them feel more full than they would otherwise be without this effect being used on them.

All in all, this is an incredible collection of songs that gets you singing along after seconds that you started listening to them! Check it out and follow the artist on Spotify!

9) FREDDIE FICTION – Lie To Me

Pop music is all about the melodies and catchy beats, but sometimes it’s too upbeat and can be distracting. If you’re looking for something a little easy listening that still leaves room for dancing, check out the new single from indie-pop artist Freddie Fiction.

The track “Lie To Me” is a perfect example of the kind of music that will take you on an emotional journey—from love to hope and back again. It has a super Latin pop vibe with some classic drum sounds thrown in that for sure will make you move your body even while on your chair.

The song has all the makings of an anthem: it’s upbeat and positive; it makes you want to dance; it feels like it could be a love song and is ready for the party.

The artist is based in London, so if you want more, check out his Spotify page today and follow him for supporting his art!

When you need a pick-me-up and feel like the world has taken a turn for the worst, there’s nothing like a little indie-pop to get you through.

The Netherlands-based artist Lewis Muller‘s new single, Deny, is the perfect song to put on when you want to release your feelings—and this is just one of its positive features!

The song has an electronic pop vibe with contemporary R&B undertones that will make you feel uplifted and ready to tackle whatever comes your way.

Lewis Muller’s music is cinematic and dreamy, so if you’re looking for some ambient background sound for getting ready for a meeting or romantic moment, this is definitely a great choice. Check it out and follow the artist on Spotify.