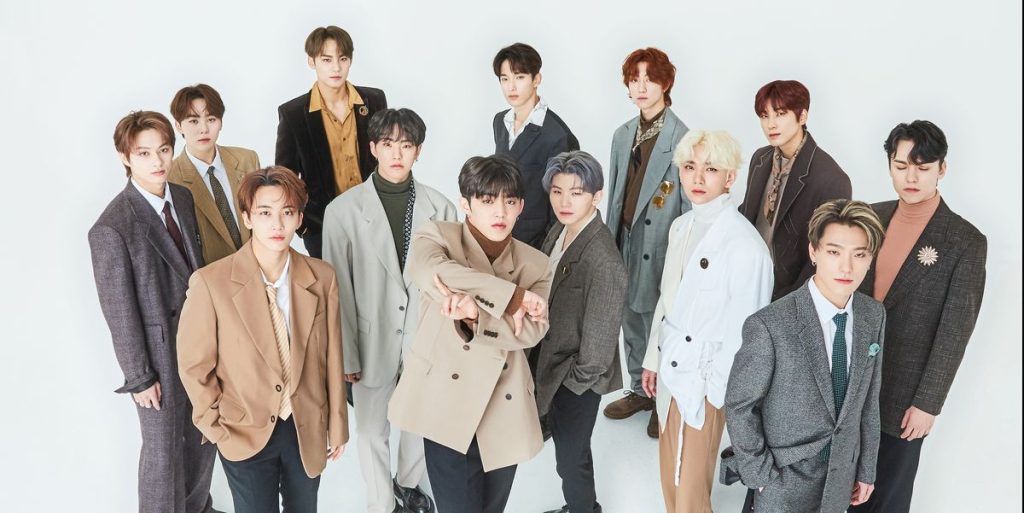 A May release is planned for the K-pop group’s fourth studio album.

SEVENTEEN is poised to break into the English-language market. K-pop group BTS announced Thursday (March 31) that it will release a new single – it’s first in English.

Fans of the SEVENTEEN will have to wait for the release of the song. The English-language track, whose name was not revealed, will drop on April 15 at 12 a.m. ET. It will serve as the first taste of SEVENTEEN’s forthcoming fourth studio album, which Pledis Entertainment (the group’s entertainment company) has confirmed will arrive in the next month.

“SEVENTEEN are preparing to return with a full-length studio album in May,” the company read a statement. Pledis did not provide any other details about the album’s release date.

The K-pop group’s next album follows the release of An Ode in 2019. In October, SEVENTEEN also released their ninth mini-album, Attacca, which gained them chart success in the United States. With 25,000 copies sold in the U.S. in the week ending Oct. 28, the EP debuted at No. 1 on Billboard’s Top Album Sales chart, allowing the group to become the first group to have two No. 1s on Top Album Sales in 2021.

The group teased the upcoming English-language single with a video shared to their social media accounts, which featured clips of the group and its fans, hinting at the band and its fans’ togetherness (CARAT). The description of the video read: “SEVENTEEN and CARAT, together we are TEAM SVT.”.

SEVENTEEN Power of Love: The Movie will also arrive in cinemas worldwide on April 20 and 23. According to Pledis, the film will serve as a “love letter from SEVENTEEN” and will feature live concert footage from the group’s November 2021 Power of Love concerts as well as exclusive, never-before-seen interviews with all 13 members.